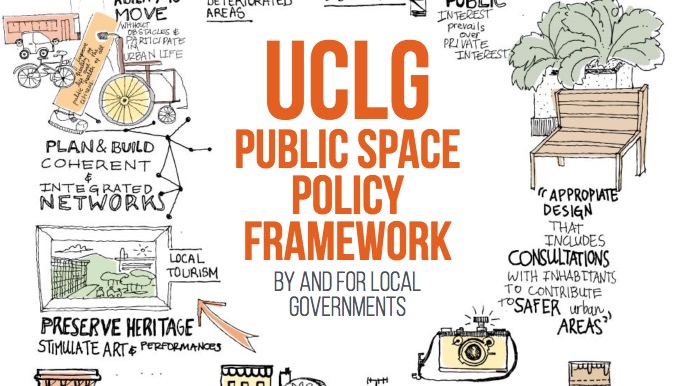 By adminNovember 29, 2016Blog
No Comments

Now that the New Urban Agenda–the world’s designated blueprint for sustainable urban development adopted at Habitat III last month–has been signed and sealed, the focus on the historic agreement has shifted from the negotiation of terms to the implemention of its many ambitious commitments. Overly-ambitious, in fact, according to some critics, who feel that the global policy pact is also vague and offers little in the way of concrete guidelines for policymakers at the city level.

The question now, then, is how local governments will translate these goals into actions on the ground moving forward. In the search for answers, UCLG (United Cities Local Governments), an umbrella organisation for cities, local governments, and municipal associations throughout the world, has launched a Public Space Policy Framework, a document designed to “assist and guide local governments in implementing localized urban policies on public space and to deepen the understanding of local government’s role and responsibilities in public space development.”

The 44-page document incorporates lessons of learning exchanges in Durban, Porto Alegre and Blantyre and advocates the importance of public space as a strategic component of city development, with the hopes of providing cities with an opportunity to develop their own public space policy.

UCLG is a collaborating institution of our master program where many of our students have completed internships and have gone on to work as part of the UCLG staff.