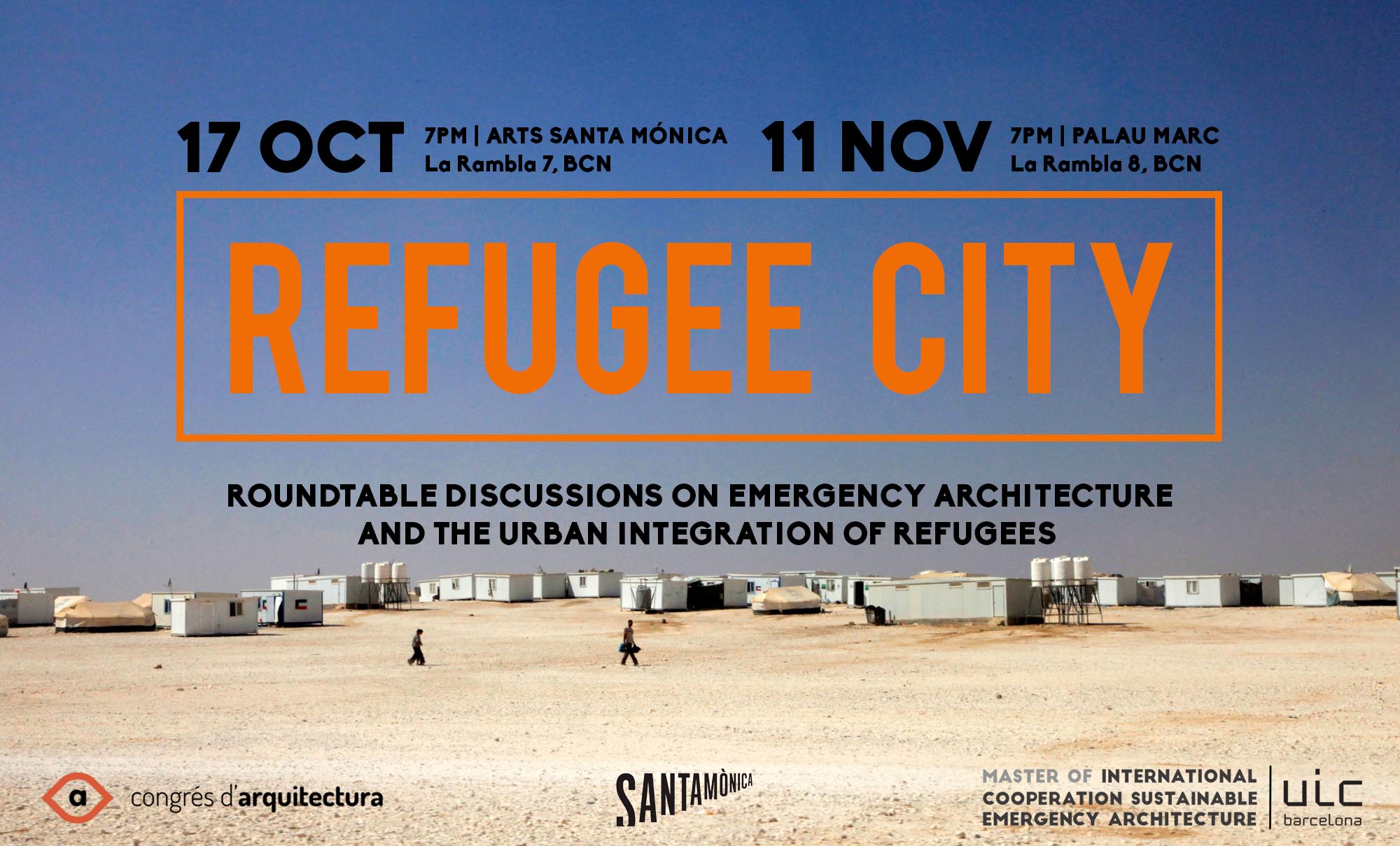 Refugee City: Roundtable Discussions on the Urban Integration of Refugees

On October 17th and November 11th, our master program will be hosting two separate roundtable discussions aimed at shedding light on the urban and architectural issues surrounding the refugee crisis. As the title of the conference, Refugee City, suggests, discussions will reflect on how refugee camps can be better designed to protect the health, safety and livelihoods of camp dwellers and on the challenges of integrating what is now 60% of the world’s refugee population living in cities.

In our first event on October 17th, our codirector Sandra Bestraten will moderate the roundtable Emergency Architecture: Responding to Ebola and Education, which will feature the participation of former student Nerea Amorós, currently researching Early Childhood Development education in easter Africa’s refugee camps; faculty members Verónica Sánchez, specialized in the construction of Ebola centers in refugee camps, and Gonzalo Sánchez Terán, a seasonsed refugee camps expert; and Daniel Ledesma of Red Cross. Note: This roundtable will take place in Spanish.

The second event on November 11th, From Camps to Integration, in English and moderated by our codirecter Carmen Mendoza, will feature the participation of former students Nasr Chamma and Esther Menduiña, both currently carrying out extensive research on refugee camps; Enric Roig, an expert in refugee camp accessibility; and Bernadina Borra, an architect, urban designer and co-founder of The Spontaneous City International focused on urban planning processes in post-war and post-disaster areas in places like Jordan and Liberia.

Sign up for the events here: October 17 and November 11th, and let us know you’re coming on Facebook!

UPDATE: The conference venue is no longer the Pati Llimona Civic Center, as previously indicated on this post. The event on October 17th will take place at the Centre d’Art Santa Monica and the November 11th event will take place across the street at Palau Marc.

Come join us and stay after for drinks!