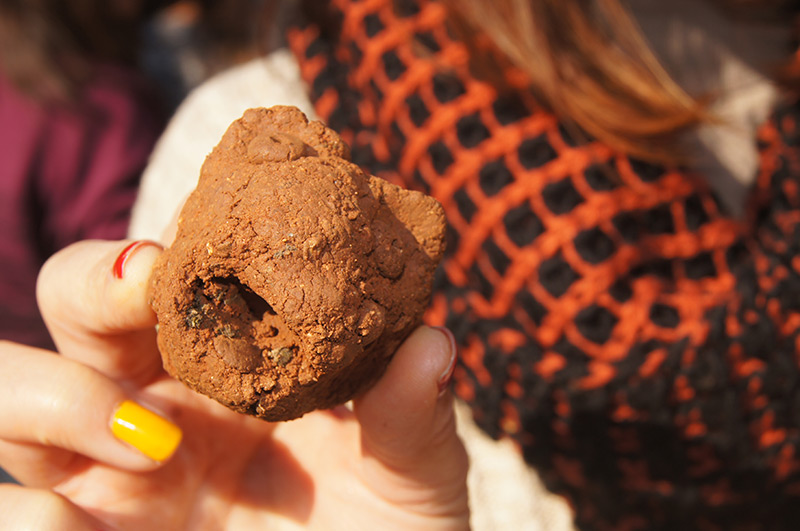 By adminDecember 11, 2013Blog, Featured
No Comments

Last month’s practical workshops had our students getting their hands dirty to learn superadobe and rammed earth construction techniques. The two-week workshop period was led by our co-director Sandra Bestraten and faculty member Emilio Hormias, who specialize in natural building techniques in the framework of international cooperation.

The first workshop centered on superadobe, the earthbag construction method originally developed by Iranian architect Nader Khalili in the 1980s in response to a NASA call for housing designs for future human settlements on the Moon and on Mars, and which he further promoted as a practical and economical solution for emergency and refugee shelters thanks to the technique’s versatility, ease and readily available resources (soil, bags and barbed wire).

The technique involves layering long fabric tubes filled with adobe to form a compression structure, resulting in beehive shaped structures that employ arches, domes, and vaults to create single and double-curved shells. Khalili was also the founder of Cal-Earth, an organization dedicated to the research and promotion of this technique, and we were lucky enough to have the guidance of Spain’s Cal-Earth representatives in teaching the superadobe technique to our students.

During the second workshop our students learned the basics of building with rammed earth, an ancient building method that uses the raw materials of earth, chalk, lime and gravel and involves compressing a damp mixture of earth into an externally supported frame or mould, creating either a solid wall of earth or individual blocks. The workshop took place at a private home that our workshop leaders built a few years ago using the rammed earth technique, which served to demonstrate a completed structure using this method. Scroll down for more photos!