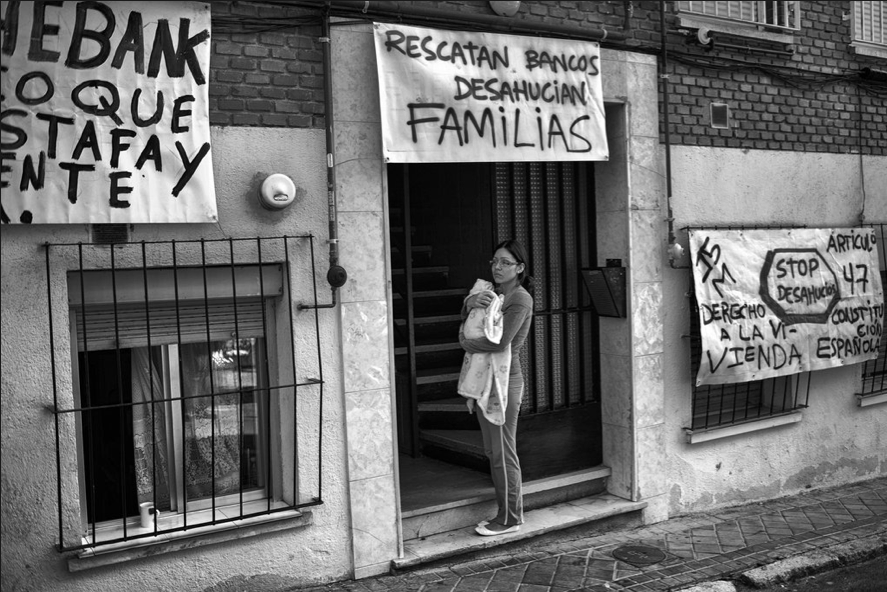 Spain’s eviction crisis made the headlines in today’s New York Times, which reported the wave of evictions that reach up to 500 a day and total half a million since 2008. An emphasis on buying vs. renting and a lack of public housing initiaves during the boom have left thousands of homeowners with nowhere to turn. Families are being left homeless and recently two suicides have accentuated the urgency of the problem. Meanwhile, an estimated two million housing units remain emtpy, some of them being squatted by those evicted.

Over the last few weeks, our students have been hard at work on the Ciutat Meridiana workshop, exploring ways to improve living conditions in this peripheral neighborhood of Barcelona, which sadly boasts the highest eviction rate in Spain. We’ll be updating on the progress of the workshop in the coming weeks.