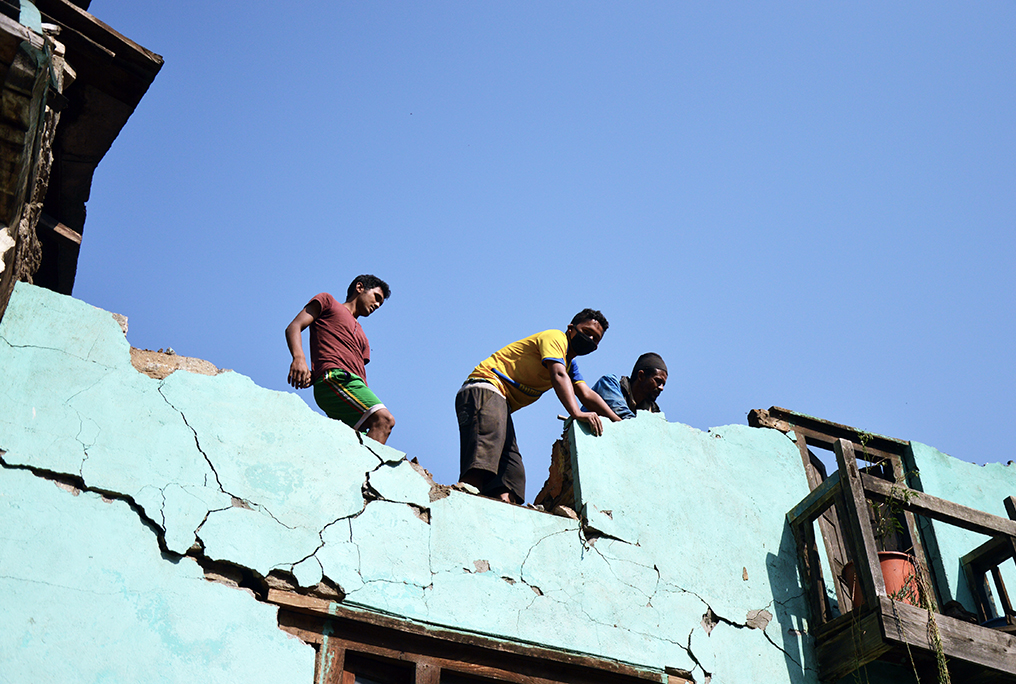 Is disaster-related research and practice in the Global South unfavorably guided by Northern ideas?

By adminNovember 28, 2019Blog, Collaborators
No Comments

Last September, our director Carmen Mendoza Arroyo participated in the Canadian Disaster Resilience and Sustainable Reconstruction Research Alliance and i-Rec online debates as a committee member. The debate series was initiated in order to examine different viewpoints and controversies in the housing, urban development, and post-disaster reconstruction fields, providing a platform for engaged knowledge sharing among academics, practitioners, and students worldwide. By taking “concepts such as sustainability, resilience, land titles, or innovation in housing construction, we challenge them through debates and explore whether they have an intrinsic value or not. But the aim is to create a more sophisticated reflection of those concepts by finding common ground, by finding the main differences that we need to include, and also by discovering which concepts are not essential,” explained Gonzalo Lizarralde, organizer of the online debates and one of our guest professors, in a recent interview with us.

Like with the previous debates, the starting point was a slightly radical question: “Is disaster-related research and practice in the Global South unfavorably guided by Northern ideas?” As Lizarralde laid out in his opening remarks, poor countries – or the Global South—suffer the most from disasters and the effects of global warming. Still, research and policy in disaster reduction and response are dominated by ideas developed by decision-makers and intellectuals from rich countries—the Global North. Some experts believe that this results in a form of academic colonialism. Others argue though that the researchers’ proximity to the people and situations being analyzed does not guarantee the quality and pertinence of their ideas. The value of the knowledge they produce depends on the rigor of their research methods and the depth of their understanding of the context under study. Both sides were argued by JC Gaillard, Associate Professor at the School of Environment of the University of Auckland in New Zealand, and our director Carmen Mendoza Arroyo, starting the debate.

In his opening remark, JC Gaillard pointed out that the increasing popularity of the terms “disaster” and “vulnerability” as well as other disaster-related concepts such as resilience or adaptation mirrors the Western influence within disaster studies. Particularly problematic are their widespread adoption out of their original context which reflects and perpetuates both colonial and neo-colonial histories. At the same time, a significant number of large disasters take place in regions of the world where people share very diverse and different worldviews. Yet, foreign understandings of disasters often dominate, and Western approaches, seen as a symbol of elevated status and more rigorous values, are being adopted. The transfer of experience and resources from the West to the rest of the world over decades has thus further skewed the power balance, as can be seen with standardized practices that often lack the ability to fully capture the reality of people’s everyday life in dealing with what researchers commonly call “hazards” and “disasters”.

Carmen Mendoza Arroyo argued that the co-creation of knowledge, knowledge sharing, and its translation into local building codes in disaster prone countries, in order to introduce better and safer construction processes, is one of the major challenges of our profession. The vast majority of reconstruction is carried out by families and local builders, which shows the need to build local capacity to achieve safer buildings. Yet, architecture must promote the uniqueness of a place and, in order to accomplish this, its culture must be kept alive. From this perspective, the drivers to create resilience and to adapt to disaster, is to work with the causes, the history and the cultures in which we intervene. When a sense of place is reinforced in the efforts to reduce disaster risk and recover from disaster, the possibility for autonomy will emerge, despite the implementation of “technical western concepts”. In the increasingly complex disaster field dealing with challenges such as climate change adaptation, displacement and migration, both the collaboration with local groups and on a broader institutional level, as well as strengthening global professional networks will be crucial.

During the debate, about 70 percent of participants agreed that there is a form of colonialism and Northern intellectual hegemony in disaster research and practice. A focus on local needs, narratives, culture, knowledge and research was emphasized by all panelists and participants. As GC Gaillard states: “Understanding what disasters are, their impacts and how people deal with them, most often requires local grounding. (…) In summary, disaster studies are not to become exclusive at the detriment of any ideas. It is about diversity, dialogue and co-existence to make sure that the most appropriate ontologies and epistemologies are used to understand disasters and inform policies and practices geared to reduce risk in both local and global contexts.”

The reflections shifted beyond a merely geographical perspective towards an understanding that many problematic practices and research methodologies within the disaster field can be traced back to unsubstantiated ideas, unequal power relations not only occurs between the Global North and South, but inside countries, cities, communities and organizations, and a disregard of local culture and knowledge in general. Furthermore, it also became clear that the source and origin of disaster related ideas and methodologies, and the definition of local or “insider” knowledge and external or outside influences needed further exploring.

As Carmen Mendoza Arroyo declared in her closing remarks: “Local populations must be the backbone of the sustainable improvement of their built environment, since they hold the key to their own capacity, knowledge, resilience, and ultimately their reconstruction. (…) Yet, in countries where resources are limited and where policy, planning and delivery mechanisms are weak, we must support people and their culture providing them with the resources to make better choices, as well as support their advocacy efforts for laws and planning codes that protect them. (…) Finally, I would like to reinforce that post-disaster reconstruction is a social process as much as a technical one, and recovery has to be professionalized so that the technical response is suitable. The impact of “natural” disasters is always local, and so should the response.”