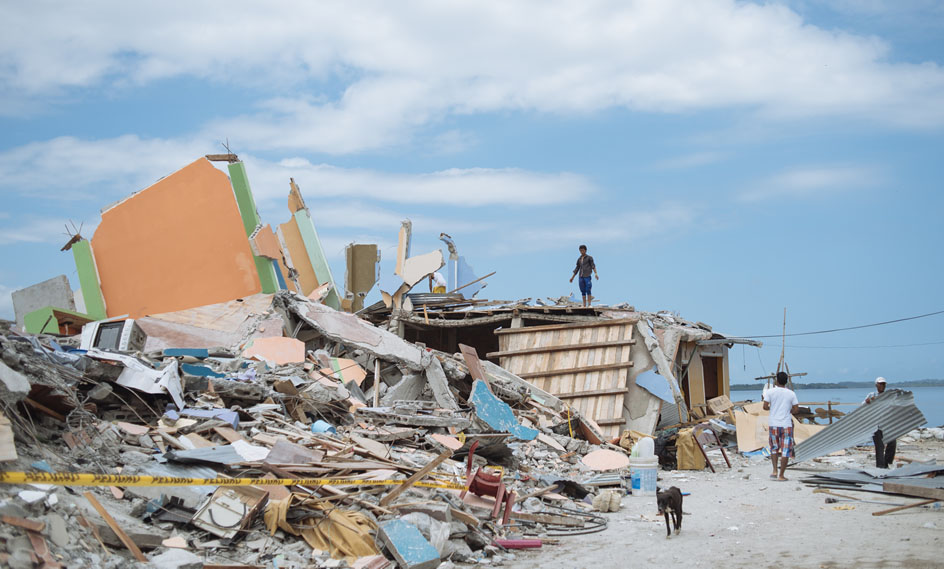 10 influential books on shelter, settlements and development from the past decade

At our 10th anniversary event, Ian Davis, visiting professor in Lund, Kyoto and at Oxford Brookes as well as honorary professor at RMIT University, spoke to us about “Ten Significant Developments in Shelter and Settlements from 2009-2019”. During his talk, he highlighted 10 influential publications and books that have had a big impact on the shelter, settlement and development field in the past decade.

Here is our reading list with Ian’s recommendations we compiled for you.

Never has the demand been so urgent for architects to respond to the design and planning challenges of rebuilding post-disaster sites and cities. In 2011, more people were displaced by natural disasters (42 million) than by wars and armed conflicts. And yet the number of architects equipped to deal with rebuilding the aftermath of these floods, fires, earthquake, typhoons and tsunamis is chronically short. This book documents and analyses the expanding role for architects in designing projects for communities after the event of a natural disaster. The fifteen case studies featured in the body of the book illustrate how architects can use spatial sensibility and integrated problem-solving skills to help alleviate both human and natural disasters.

Cities on a finite planet – Towards transformative responses to climate change, Sheridan Bartlett and David Satterthwaite (2016)

Cities on a Finite Planet: Transformative responses to climate change shows how cities can combine high quality living conditions, resilience to climate change, disaster risk reduction and contributions to mitigation/low carbon development. It also covers the current and potential contribution of cities to avoiding dangerous climate change and is the first book with an in-depth coverage of how cities and their governments, citizens and civil society organizations can combine these different agendas, based on careful city-level analysis.

Half the world’s population now resides in cities, which are expanding at an unprecedented rate. Close to one billion people live in crowded, unhealthy, informal settlements–commonly referred to as slums–many of which lack security of land tenure, adequate housing, sanitation, clean water and electricity. Experts estimate that by 2030, more than two billion people will be living in these slums. In 2007, Design for the Other 90% explored design that helps provide better access to food, water, shelter, health, education and energy to those who most need them. Design with the Other 90%: Cities is the second installment in Cooper-Hewitt’s ongoing and acclaimed exhibition and book series. It looks at some of the myriad challenges created by accelerated urban growth and presents design solutions that address the consequences.

IN 2015, the IFRC (International Federation of Red Cross and Red Crescent Societies) released an updated edition of the landmark publication Shelter After Disaster by Ian Davis originally published in 1982. Available as a free e-book, the Shelter After Disaster 2nd Edition features new content from the original authors in the form of brief observations, new references and additional case studies of more recent disasters that provide an overview of the trends and developments in humanitarian shelter over the past 30+ years.

Disasters can dominate newspaper headlines and fill our TV screens with relief appeals, but the complex long-term challenge of recovery—providing shelter, rebuilding safe dwellings, restoring livelihoods and shattered lives—generally fails to attract the attention of the public and most agencies. On average 650 disasters occur each year. They affect more than 200 million people and cause $166 trillion of damage. Climate change, population growth and urbanisation are likely to intensify further the impact of natural disasters and add to reconstruction needs. Recovery from Disaster explores the field and provides a concise, comprehensive source of knowledge for academics, planners, architects, engineers, construction managers, relief and development officials and reconstruction planners involved with all sectors of recovery, including shelter and rebuilding.

Huge levels of aid are spent on reconstructing housing after disasters. Have these houses withstood the test of time and hazard? Just as important from the point of view of their owners, has the reconstruction process played a part in restoring their livelihoods and social networks? Unfortunately, aid agencies rarely go back to assess the impact of reconstruction in the longer term. The research upon which Still Standing? is based has done just that. Agencies that undertook projects 30-35 years ago in countries throughout Asia and Latin America have gone back to record changes and to interview beneficiaries, builders, authorities and other agencies in their project areas. This book describes the stories of the project beneficiaries and how their houses have changed, within contexts that have kept changing too. Still Standing? is essential reading for architects and engineers involved in humanitarian fieldwork as well as students and researchers concerned with disaster risk reduction.

This publication builds upon extensive experience in post-disaster housing recovery efforts from all over the world. UN-Habitat has been supporting local government, construction sector professionals, and communities in housing recovery for over twenty years. This document draws on this experience. A key principle that emerges from these lessons is that survivors of crises must be given every opportunity to actively shape their own recovery. Without strategic planning and technical assistance, there is a risk that emergency construction solutions become permanent. Emergency shelter response must already incorporate longer-term elements that will increase resilience to future disasters. Finally, it is paramount that all response efforts put people first: supporting them with technical assistance in the choices they make about their homes, empowering them to build safer and better, and leaving a positive institutional legacy. Free download available.

This working paper presents the findings from a pilot research project that investigated how disaster-affected households in low- and middle-income countries rebuild their homes in situations where little or no support is available from humanitarian agencies. The project was an interdisciplinary collaboration involving social scientists, geoscientists, structural engineers and humanitarian practitioners. The work was broad in scope. It investigated households’ self-recovery trajectories and the wide range of technical, environmental, institutional and socioeconomic factors influencing them over time. It also considered how safer construction practices can be more effectively integrated into humanitarian shelter responses. Free download available.

In the last decade, low- and middle-income countries have experienced 53 percent of all disasters globally, but have accounted for 93 percent of disaster-related fatalities. Often, disaster events disproportionately impact poor and marginalized populations living in unsafe buildings and areas exposed to natural hazards. In high-income countries like Japan, building codes and regulatory frameworks have been incrementally improved over the course of the past century in response to a combination of hazard impacts and structural failures. Matured building regulatory systems in high-income countries have proven remarkably powerful tools for increasing people’s safety and resilience and limiting the risks that they face. The benefits of strong and effective building regulatory frameworks are elaborated in the World Bank-GFDRR report “Building Regulation for Resilience: Managing Risks for Safer Cities”. Free download available.