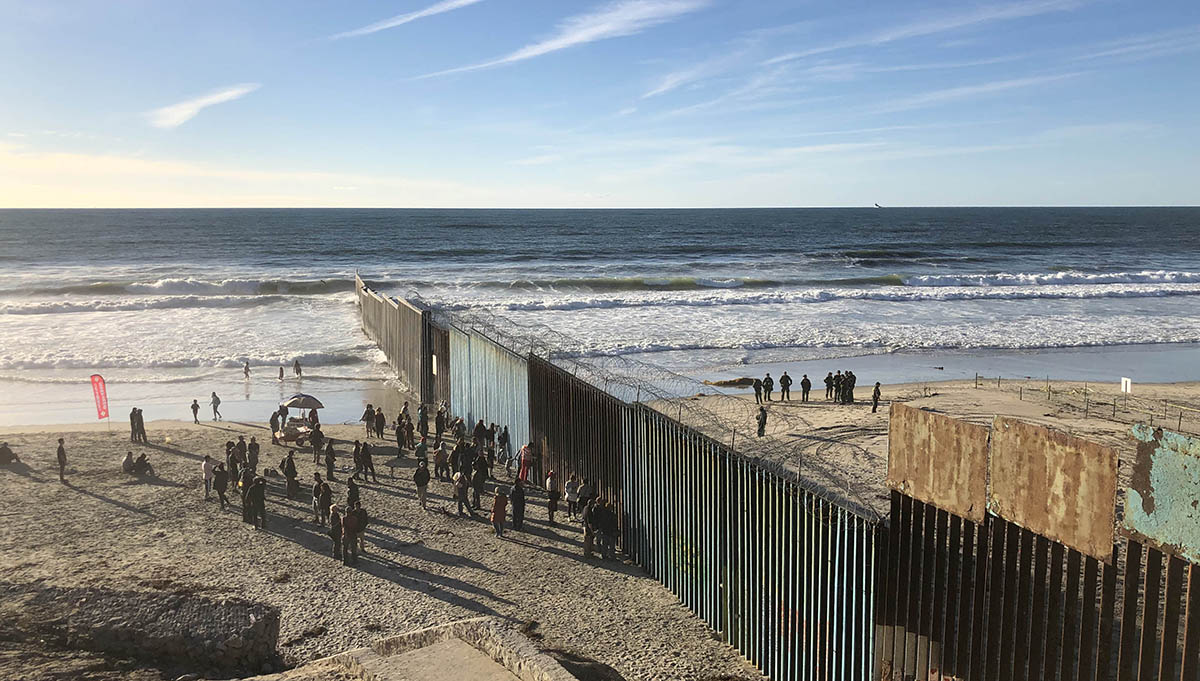 Today is World Refugee Day. We are currently witnessing the highest levels of displacement on record with 68.5 million forcibly displaced people worldwide, according to the UNHCR. Among them are nearly 25.4 million refugees, over half of whom are under the age of 18. While 85% of the world’s displaced people are in developing countries, governments in the Western world are closing the doors on refugees and migrants. As professionals of the built environment, we have to take a stand against the global trend of anti-migration policies, fuelled by anti-immigrant sentiments and populist politics.

In the US, the Trump administration seeks to dramatically limit the numbers of asylum seekers and threatened Mexico with tariffs if they would not agree to curb the flow of migrants fleeing violence and poverty in Central America. There are reports that migrant children are still being held separate from their parents, though the family separation policy officially ended in summer 2018. English classes, recreational programs and legal aid for unaccompanied minors staying in federal migrant shelters in the US have just been cancelled.

The recent re-election of the government in Australia leaves little hope for changes to their current punitive model of border protection that includes off-shore processing and detention centres on Papua New Guinea and Nauru. Australia’s detention policies have been criticised as inhumane by the UN and human rights organisations. The refugees in the detention facilities suffer from violence, depression and isolation. The Kurdish journalist Behrouz Boochani, persecuted in his native Iran, has been on Manus Island since 2013 and wrote his memoir “No Friend But the Mountains: Writing from Manus Prison” by text message from inside the detention centre. After the elections, he reports that there have been at least 26 suicide attempts and instances of self-harm among the refugees on the island.

Back in Europe, the Mediterranean continues to be the world’s deadliest migration route. An estimated 2,275 people died or went missing crossing the Mediterranean in 2018, as stated in the Desperate Journeys report by the UNHCR. The EU completely ceased maritime rescues in the fall of last year. Another worrying trend is that governments are also targeting immigration activists and rescue organisation. German boat captain Pia Klemp faces prison in Italy for migrant rescues with her ship, the Iuventa. According to a report by openDemocracy, “countries across Europe have criminalised acts that facilitate illegal immigration. Some laws intended to deter human smugglers have also been used against humanitarian actors, including search and rescue boat crews and volunteer lifeguards.” People have been targeted for providing food, shelter, transport, or other support to migrants without legal papers.

Climate change, military conflicts and economic crises will continue to accelerate the global refugee crisis. As citizens, architects and educators, our team from the Master of International Cooperation Sustainable Emergency Architecture calls for the safe entry of refugees fleeing from violence and poverty into our countries and the integration and social inclusion of migrants and refugees. This requires a new paradigm in urban governance and planning, which we have been actively promoting through our research, workshops and participation at conferences.

At the international conference “Suspended Living in Temporary Space” in Italy, our director Carmen Mendoza spoke about “Adaptive reuse strategies for a socio-spatial refugee integration” outlining a more flexible approach to adapt to changes like unexpected migration waves and provide sustainable spatial and social refugee integration strategies, which traditional top-down and long term urban planning policies cannot achieve. Rather than building new houses and finding new spaces, this concept refers to the capacity of integrating the incoming refugees within already existing vacant or underused structures. These buildings could be adapted to an alternative purpose and therefore address the need of integrating refugees in a sustainable way, prevent the conflicts and the perception of them as an economic and social burden and importantly avoid the creation of new marginal spaces and ghettos, but integrate the migrants into their physical, social and economic environments. Cost-efficiency of public investment in refugee housing could be maximised and citizen perception towards refugee integration improved, including refugees and host communities not only as informants but also as co-producers of knowledge.

As part of our Master, we undertook two student workshops in collaboration with “Barcelona, Refuge City”, a special program our hometown Barcelona developed to handle the reception, accommodation and care of refugees and asylum seekers – despite the Spanish government’s refusal to host refugees.

The first workshop focussed on the socio-spatial analysis of refugees temporarily housed in Barcelona’s Casa Bloc to track their use of the neighbourhood’s services and facilities, especially in terms of mobility and displacement. It was the first study of its kind in Barcelona to collect data on the relationship between refugees and the urban context. For the second workshop, our students generated proposals for temporary reception centres in publicly owned plots in the city.

This year, we also went on a field trip for an international workshop in Thessaloniki, Greece.  Our students explored sustainable urban strategies to integrate refugees and prevent the conflicts that arise from the perceived notion of refugees as an economic and social burden, working with the main NGOs in this area.  They generated proposals on how to transform and improve urban voids by mixing social and physical strategies and hereby overcome the emergency approach in the refugee reception model and find new sustainable solutions that are linked to spaces and needs at the urban scale.

A number of thesis have been developed that dealt with the topics of refugee policies and the social and physical integration of refugees and migrants, while many of our students have gone on to do internships or work in this area after graduating from our course. Former students Kimberly Pelkofsky and Shareen Elnaschie started up their own NGO Office of Displaced Designers, an architecture and design organization that facilitates skills sharing with refugees on the Greek island of Lesvos. Other alumni are collaborating with the UCSD Cross-border Initiative and the Estudio Teddy Cruz + Fonna Forman in San Diego to propose emergency housing at the Tijuana border region. This manifests an increasing interest from our students and the profession in general for the urban and architectural issues surrounding the refugee crisis, a tendency that was also reflected during our round table discussions, “Refugee City”, part of the Architecture Congress in 2016. The round tables concentrated both on emergency architecture, discussing how refugee camps can be better designed to protect the health, safety and livelihoods of camp dwellers, and on the challenges of integrating the refugee population living in cities. Participants included former students Nerea Amorós, then researching Early Childhood Development education in easter Africa’s refugee camps, and Nasr Chamma and Esther Menduiña, who both carried out extensive research on refugee camps.

“If we are talking about the Right to the City, then refugees have the same right to the city than any other citizen. They have the right to live in freedom, with dignity, and to have the same aspirations to achieve a good quality of life,” our director Carmen Mendoza asserts. “We architects and urban designers have to think about integration strategies and housing policies beyond only improving emergency accommodation, and how to make a real integration possible. Developing strategies for refugee integration will be on top of the urban agenda in Europe, as 60% of these refugees will come to live in the cities. We have to step down from our pedestal and stop thinking we can fix everything with models or plans. It is much more complex than that. It is time to rethink, relearn, and search for transversal methods.”