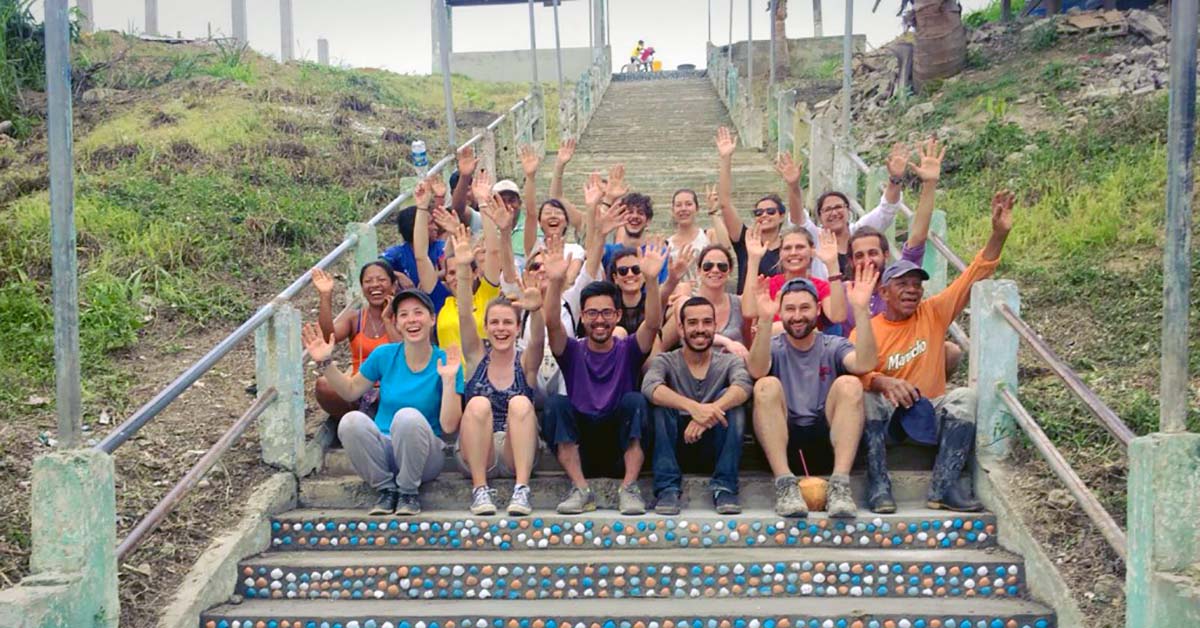 We recently announced the official celebration of our 10 year anniversary, taking place on 29 May in UIC Barcelona’s Aula Jardí (Barcelona Campus, Immaculada 22) and are very pleased to finally follow up with some more details for this exciting event.

Since its launch ten years ago, 202 students from 58 countries around the world have taken this master’s degree. In the words of co-director, Dr Carmen Mendoza Arroyo, “The value of this programme lies in the interdisciplinary approach we provide, which enables future professionals to gain experience in the reconstruction and development of communities afflicted by poverty, armed conflict or natural disasters, from an urban to an architectural scale”.

The anniversary celebrations will feature renowned British professor Ian Davis. Visiting professor at Lund University (Sweden), Oxford Brookes University (England) and Kyoto University (Japan), Davis has been involved in disaster management since 1972 and is considered one of the world’s top experts in post-disaster settlements. As a guest speaker, he will deliver a lecture entitled “Ten Significant Developments in Shelter and Settlements, 2009-2019”, in which he will analyse how interventions in post-disaster scenarios have evolved worldwide over the past decade.

The event will also feature a number of former students of the programme, who will discuss their experiences at the helm of cooperation and reconstruction projects in various parts of the world. Such is the case of Britain’s Shareen Elnaschie, a former student and founder, alongside fellow alumnus Kimberly Pelkofsky, of the NGO Office of Displaced Designers, which, through design, works to integrate refugees into local communities in Lesbos (Greece).

Other participants will include alumni Chiara Pirro and Guilio Mandrillo, who are currently involved in drafting urban regeneration and local development plans in regions of their country, Italy, affected by depopulation and the abandonment of farming activities from their studio, DDuMstudio.

The aim of the event is to promote the exchange of experiences between current and former students of the master’s degree and guest lecturers, with an informal format that seeks to engage attendees in discussion about emergency architecture, cooperation and international development.

“When Raquel Colacios, Sandra Bestraten and I began this journey, we could never have imagined how many wonderful students, team members, guest lecturers and associated organisations would join us along the way. For our tenth anniversary celebration, we wanted to assemble the entire network of people so that, together, we could evaluate how we have grown both academically and in terms of dissemination”, concludes Carmen Mendoza.

Have you registered yet for out anniversary celebration? Please join the event on Facebook. We are looking forward to welcoming you!

This article is an adapted version of the blog article first published by the UIC Barcelona School of Architecture.