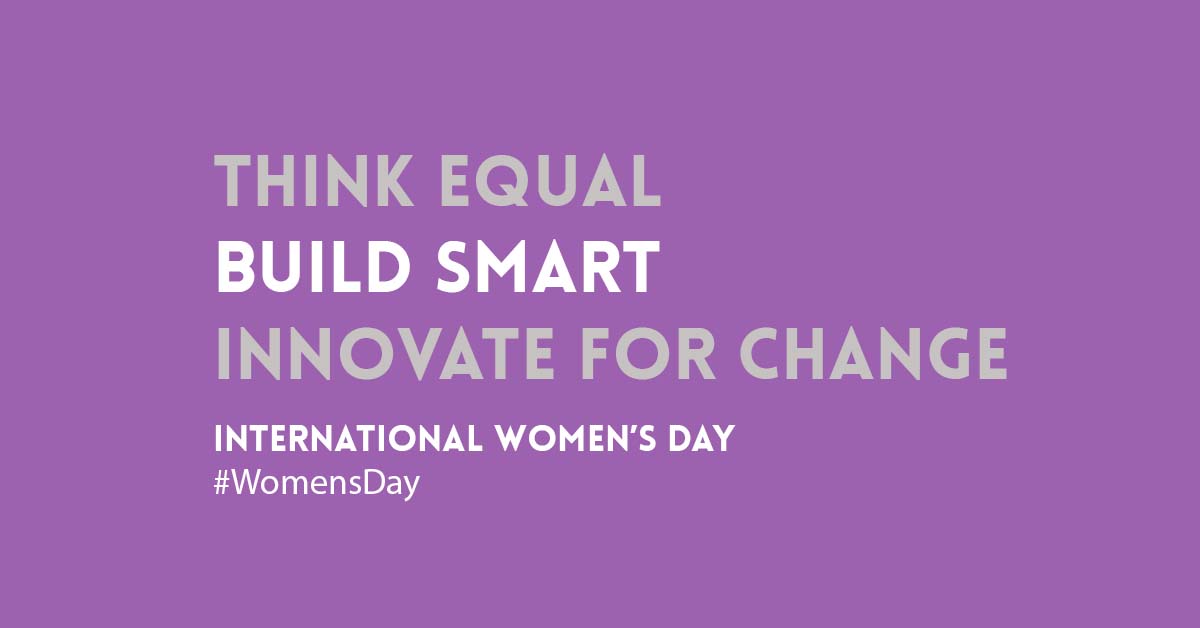 Teaching a Master program that includes topics such as spatial and environmental justice, urban integration of refugees and migrants, and community engagement in both reconstruction post-disaster and upgrading, a gender perspective is mandatory. As Reni Eddo-Lodge  (2017) states: ‘The mess we are living in is a deliberate one. If it was created by people, it can be dismantled by people, and it can be rebuilt in a way that serves all, rather than a selfish, hoarding few.’

While the invisibility of women within the architecture profession is still problematic, today on International Women’s Day we are celebrating our female staff and students. Representing all our former students who have gone on to contribute to architecture, design and social causes, we would like to look back at some of the interviews we took with our female alumni. We will continue to shine a light on the career paths of our former students with the alumni series on our website. Stay tuned!

Kimberly and Shareen, two architects from the US/UK, completed our program in 2012-2013. Together they started up their own NGO in 2016 called Office of Displaced Designers, an architecture and design organization that facilitates skills sharing with refugees on the Greek island of Lesvos. In November 2019 Kimberly joined Thunder Valley Community Development Corporation as the Director of Design and Planning where she guides the development of a new 34 acre regenerative community on the Pine Ridge Indian Reservation.

As a student of our program in 2014-15, former student Lucia Wright was concerned with water provision in areas where vulnerable populations have difficulties accessing safe drinking water. What began with her internship at UN-Habitat’s Global Water Operators’ Partnership Alliance (GWOPA) in 2015 became a formal collaboration in 2017, parallel to her doctoral studies. “My on-going cooperation with the organization allowed me to continue my research in Vietnam, and develop two other projects, including the construction of GWOPA’s official water operators’ partnership database.“

Therese, a graduate of Environmental Design and originally from Milwaukee in the US, completed our program in 2014-2015. She was recently hired at MASS Design Group in Kigali, Rwanda, as part of the Landscape Architecture team. Her work is dedicated towards the design of the land and the creation of healthy environments for humans, animals and plants. Her team coordinates with the architects, engineers and designers in the office to create cross-disciplinary solutions on a variety of projects ranging in nature from academic to health to research.

Renata Mendez completed our program in 2016-2017 and undertook an internship with the United Nations Environment Program from August 2017 to February 2018. An architect native to Honduras, Renata worked with the Disasters and Conflicts sub-program in Panama during last year’s devastating hurricane season, where she experienced in particular the importance of considering environmental factors as an integral part of emergency response.

Carolina Collignon, an architect from Guadalajara, Mexico, is an alumni of our class of 2016-2017. Since graduating, Carolina has been applying her knowledge of emergency architecture, participatory design and development to improve the lives of affected communities in her native country. As an entrepreneur, she also set up a concrete manufacturing business with which she hopes to facilitate projects led by marginalized women through the design and manufacture of decorative objects made of concrete.

Barcelona-trained architect Nerea Amoros graduated from our masters program in 2011-2012. After doing her internship with UNICEF in Kigali, Rwanda, she stayed on to teach at the University of Rwanda and set up her own practice. Last year she completed her PhD by Design with the Bartlett School of Architecture at UCL about the influence of the built environment on young children living in long-term refugee camps in Rwanda, Uganda and Kenya.

Elaine Morales, an architect from Puerto Rico, completed our program in 2011-2012 after an internship with UN-HABITAT in Nairobi. She is currently a Design Manager at buildingcommunityWORKSHOP at their Houston office. She leads the Rapid Disaster Recovery Housing Program (RAPIDO) and the disaster recovery planning work while supporting other making, community capacity building and policy initiatives within the organization.

Our 2011-2012 alumni Nazanin Mehregan worked as Urban Designer at Architecture for Humanity’s Haiti Rebuilding Center (RBC), first for her internship as part of the master’s program in 2012 and a year later after finishing her thesis. She participated in several projects –three of them in the Port-au-Prince area: Villa Rosa, Simon Pele, Ile a Vache, and Grand Ravine, working together with local communities. Nazanin is currently practising as an architect in Germany.

Silvia Aldana, an architect and urban planner from Guatemala City, was a Mundus Urbano student from Darmstadt and completed her second year with us in Barcelona, graduating in 2011-2012. She went back to her hometown to work as a Housing General Coordinator at the Housing and Urban Development Metropolitan Agency and is the co-author of a guide for municipal planning of housing growth, already being applied in Guatemala.

Brazilian architect and urban planner Paola Vasconcelos is a Mundus Urbano alumni who completed our master in 2017-2018 and recently worked with Orkidstudio, a social enterprise based in Nairobi, Kenya that was cofounded by another former student Julissa Kiyenje. Here she was part of a team developing a community center in a remote area of rural Zambia, a project in which local women played a central role.

Esther Menduiña graduated in 2015-2016 and did her internship with UN-HABITAT. She went on to work as a Shelter Consultant for the Norwegian Refugee Council.

Last but not least, our very own Allison Koornneef from Toronto, a graduate of the 2012-2013 class. Allison is the assistant program coordinator of our masters program and has a background in Environmental Design. Her master thesis analyzed participatory data gathering processes in informal settlements, and during her internship with SPARC in Mumbai, India, she contributed to a sanitation survey using GIS mapping.

‘I have seen how by empowering women, whether it’s in Africa or in Asia, or anywhere else, you can build back families and communities, reinforce the fabric of the society, especially post-conflict. So it’s clear to me that we have to look at gender in development programmes,’ Angela Mwai, leader of the Gender Equality Unit at UN-HABITAT