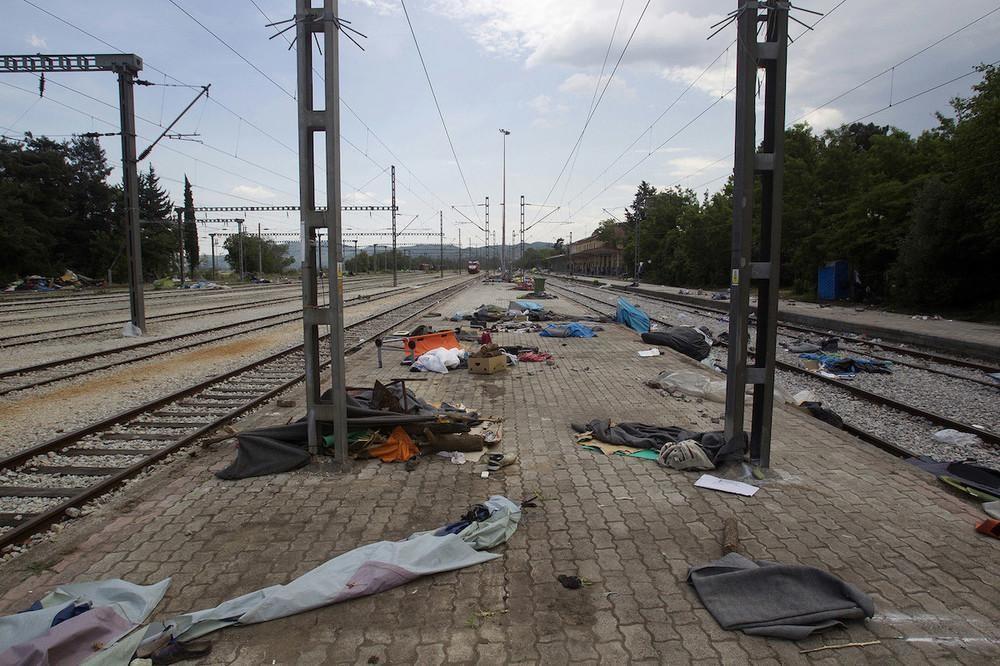 Last Friday our students embarked on our annual field trip for an international urban regeneration studio on refugee integration in Thessaloniki, Greece. While past field trips have taken us to places like Ecuador, India, Colombia, Brazil,  and the Mexican border, this year our destination hits closer to home. Titled Exploring Refugee Integration Strategies by Enhancing Urban Transitions, the one-week workshop delves into a pending issue in all European cities: the social and spatial integration of refugees.

Objectives of the workshop

A collaborative effort between Royal Melbourne Institute of Technology (RMIT) and the Oslo School of Architecture and Design (AHO), the planning studio will meet with the main NGOs working in the area and share its analysis and proposals with the Thessaloniki municipal group Arrival Cities Urban Response Team.  The workshop intends to explore urban strategies that strive to integrate refugees in a sustainable manner in order prevent the conflicts that arise from the perceived notion of refugees as an economic and social burden.

“We believe that integration must start at an urban scale; we need to consider urban IDPs and refugees within the overall urban planning of cities,” explains our program codirector Carmen Mendoza Arroyo. “What we intend to do is overcome the emergency approach in the refugee reception model and find new sustainable solutions that are linked to spaces and needs at the urban scale.”

Our student group listening to representatives of UNHCR at Oikopolis Centre

Implementing an integrated and holistic methodology that combines strategies bridging  the physical, social and economic realms, students will focus on the area around the Thessaloniki Railway station and Michail Kalou street in Thessaloniki, Greece, as the case study and generate proposals on how to transform and improve urban voids or ‘areas in urban transitions’ by mixing social and physical strategies. In addition to the socio-spatial analysis, students will develop a small scale intervention with the participating entities that contributes to improving the site.

Context of the workshop

The current humanitarian crisis in the Middle-East has enhanced the long process of forced migration over the last decades. The effect of this massive immigration has affected many European countries at the urban scale, due to a rapid influx of refugees. As a result, urban contexts have become important sites to interrogate the spaces of and for refugees in European cities.

In Europe, between 2007 and 2016, the percentage of resettlement submissions has increased from approximately 9% to more than 18%, reaching 52% in 2017. Recent figures reported by UNHCR and at UN Habitat III suggest that the “mixed migratory movements continue to grow in scale and complexity.” Furthermore, the recent agreements on asylum procedures, such as the EU-Turkey Statement and Dublin regulation have enhanced border militarization and control, leading to tens of thousands of refugees in Greece.

Evacuated site of Europe’s largest makeshift refugee camp in Idomeni, from where nearly 4000 refuguees were transferred to organised shelters near the city of Thessaloniki. via Vice

Aiming towards the management of migration flows and under the agreement between the E.U. and Turkey, both the European Union and the Greek government have showed their ineffectiveness and unwillingness in responding to the issues emerging from this situation. By adopting a political agenda of closed borders, the EU approach determines and controls the conditions under which thousands of political and economic refugees are now trapped in mainland Greece or detained in camps.

Given the urgency of this issue, the workshop aims to forward the discussion and develop potential strategies for the social and spatial integration of refugees.