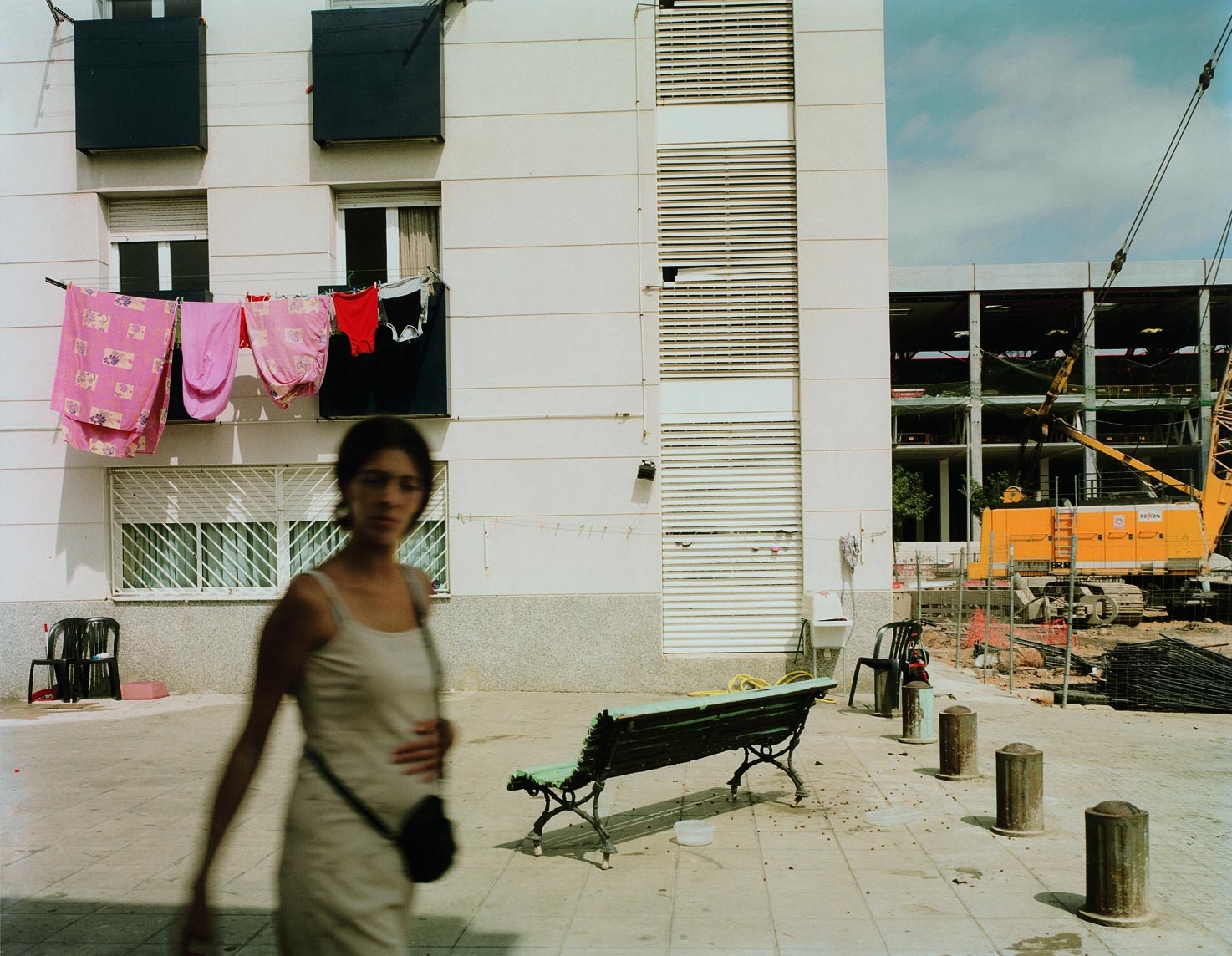 From its 19th century grid expansion devised by the Catalan engineer that coined the term ‘urbanization’, to the urban renewal projects led by Manuel de Solà-Morales and Oriol Bohigas during the 1980s and 90s, Barcelona is widely regarded as paragon of good urban design. Still today, homegrown concepts like the recently initiated “superblocks” continue to wow the world in the ambition to increase walkability, reduce pollution and maximize public space.

But while Barcelona’s urban core is a gleaming example of its highly successful model, hardly the same can be said for its periphery, where working class neighborhoods have been consistently neglected by the city’s lauded urban regeneration schemes. Built in record time during the 1960s and 70s to cope with the influx of Spanish migrants, neighborhoods along the city’s edge like El Carmel, Torre Baro, and Ciutat Meridiana were developed en masse as high-rise housing estates entirely devoid of thoughtful urban planning. Despite substantial renovations decades later, these marginalized areas, stigmatized by poverty and crime, continue to lack mobility and connectivity in what are often steep, complex topogrophies, as well as the civic and public spaces essential for building social integration among conflicting ethnic groups, enabling access to leisure and education, and boosting the local economy.

An aerial view of the Sant Cosme housing estate.

One such neighborhood, Sant Cosme in Barcelona’s municipality of El Prat de Llobregat, is the focus of our master’s socio-spatial workshop, a two-week collaboration held every year with a local municipality to support efforts in improving its public space. As in past workshops with Ciutat Meridiana, Torre Baró and Fondo, students will provide the municipality with a much needed analysis of its public spaces and cultural assets, undertaking a methodological approach that understands place-making as part of a socio-spatial assemblage that can help identify and build spatial and social ties.

Their analysis this year will inform Sant Cosme’s Pla de Actuació, or Action Plan, aimed at improving the neighborhood’s urban, social and economic conditions. Located near Barcelona’s international airport, Sant Cosme was built in the 1960s to relocate the immmigrants living in the shantytowns of Montjuic that were demolished in the run-up to the Olympic Games. The precarious living conditions and risk of collapse of the substandard housing blocks led to its complete reconstruction from 1979 to 1984, but was still declared by the Spanish government in 2001 as a vulnerable area due to its poor education levels, high crime and drug prevalence and low economic activity. Today the neighborhood is well communicated–it was finally linked to the city’s subway system earlier this year–and equipped with public squares and green areas. But these public spaces, designed as a tabula rasa without taking into account the community’s inherent dynamics, have failed to engage the public and persistently lie empty. Now, with the new Action Plan, the municipality aims to gather the necessary data to tackle this problem and incentivize public space as a form of community integration.

In particular, our students will analyze five existing public spaces in Sant Cosme, conducting interviews with residents and mapping the areas to asses the performance (and under-performance) of the spaces, as well as the lack of interaction and integration among diverse ethnic groups, which today includes Maghrebis, Salvadorans, Colombians, Pakistanis and Romani people. Their study will also identify the talents and resources within the community that can prove meaningful in future developments, and propose cost-effective, small-scale, tactical urbanism interventions that can be tried and tested by the community or the public administration moving forward.