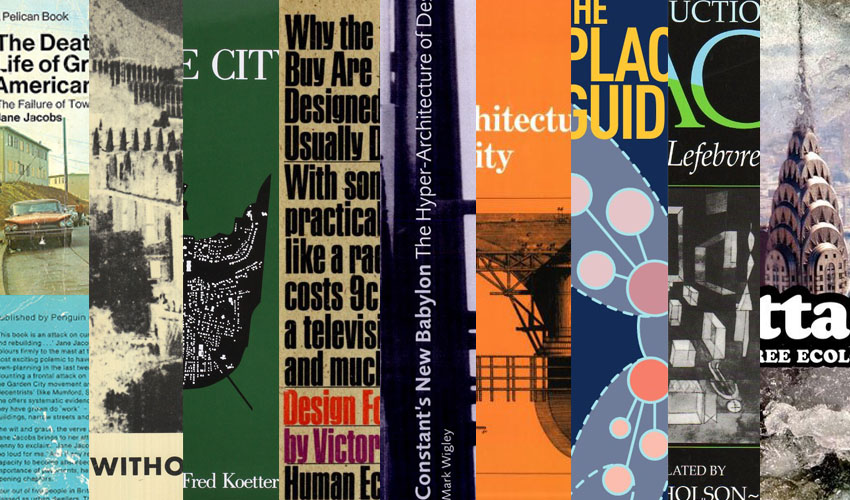 23 (Free) Landmark Books About Cities Every Architect Should Read

You would be hard-pressed to find an architect or urban planner who doesn’t have at least a handful of these titles resting proudly on their bookshelf. After all, when it comes to classic tomes, who wouldn’t prefer the real thing to an online version of itself? Still, it’s great to know that if you don’t have every must-read architecture/design/urban theory book around, you can find some of these literary gems online for free.

As a master program dealing with sustainable urban development, a fundamental knowledge of urban theory and a deep understanding of how cities function is essential to working thoughtfully in both developed and developing contexts. We scanned the internet to find what are some the most influential books on cities (with a focus on sustainability, equity and public space) available online for free, many of which figure in our curriculum’s extensive reading list put together by our faculty members.

So unless you decide to run out and buy the paper version instead, click away.

1. A Ladder of Citizen Participation (1969) by Sherry R Arnstein

– On the relationship between cities and political participation.

– Espouses a democratic approach to architecture and proposes patterns for building equitable cities and neighborhoods.

3. Architecture without Architects (1964) by Bernard Rudosfky

– The Israeli architect maps the processes and mechanisms behind the shaping of Israel-Palestine over the past 100 years.

– A critical analysis of contemporary theories of urban planning and design and of the role of the architect-planner in an urban context.

6. Constant’s New Babylon: The Hyper-Architecture of Desire (1999) by Mark Wigley

– An in-depth look at Constant Nieuwenhuys’ influential design of the utopian city.

7. Design for the Real World: Human Ecology and Social Change (1972) by Victor Papanek

– A classic design tome that “examines attempts by designers to combat the tawdry, the unsafe, the frivolous, the useless product, once again providing a blueprint for sensible, responsible design in this world which is deficient in resources and energy.”

8. Housing by People: Towards Autonomy in Building Environments (1976) by John F. C. Turner

9. If You Lived Here: The City in Art, Theory and Social Activism (1991) by Martha Rosler

– Documents Rosler’s three-part exhibition and action project on the subject of homelessness and housing in America.

– One of the most widely cited studies of urban geography and the relationship between social justice and space.

– A seminal urban design book that marked the shift from the urban doctrines of modernism to a rediscovery of the traditional European city.

12. The Art of Inequality: Architecture Housing and Real Estate (2015)

– A long-term research project on architecture, housing, and socioeconomic inequality by Columbia University’s Temple Hoyne Buell Center for the Study of American Architecture reporting on the sleight-of-hand by which public housing was removed from consideration as a viable policy option.

13. The City and the Grassroots by Manuel Castells

– One of the most important works on urban social movements identifying the conflict lines along which, still today, major urban contestations take place between state and society.

– The second edition of this highly referenced collection of the best writings on cities and urban theory.

– Perhaps the most influential piece of writing on urban planning, ever. (Note: You can download this for free only if you are signed in to Scribd and have uploaded a valid document of your own.)

16. The Placemaker’s Guide to Building Community (2011) by Nabeel Hamdi

– A practical guide to community development that challenges the one-size-fits-all top-down approach to design and planning, by particpatory planning pioneer Nabeel Hamdi–who we are proud to have as one of our faculty members.

– A philosophical reflection on architecture and how we experience intimate spaces.

– Examines the ways in which people individualize mass culture, altering things, from utilitarian objects to street plans to rituals, laws and language, in order to make them their own.

–  A keystone analysis of the urban as a social construction.

– Classic study of New York’s plazas (accompanied by the film) that laid the groundwork for a major movement to change the way public spaces were built and planned.

21. The Structural Transformation of the Public Sphere by Jürgen Habermas (1962)

– An exploration of the public sphere and an important contribution to modern understanding of democracy.

– Expands the definition of ecology to encompass social relations, human subjectivity and environmental concerns, advocating for an “ecosophy” as an alternative to capitalism’s detrimental ways.

– Lefebvre’s manifesto on the democratization of urban life.

– An analysis and visual tour through this revolutionary architect and technological visionary’s theories, ideas, designs and projects.