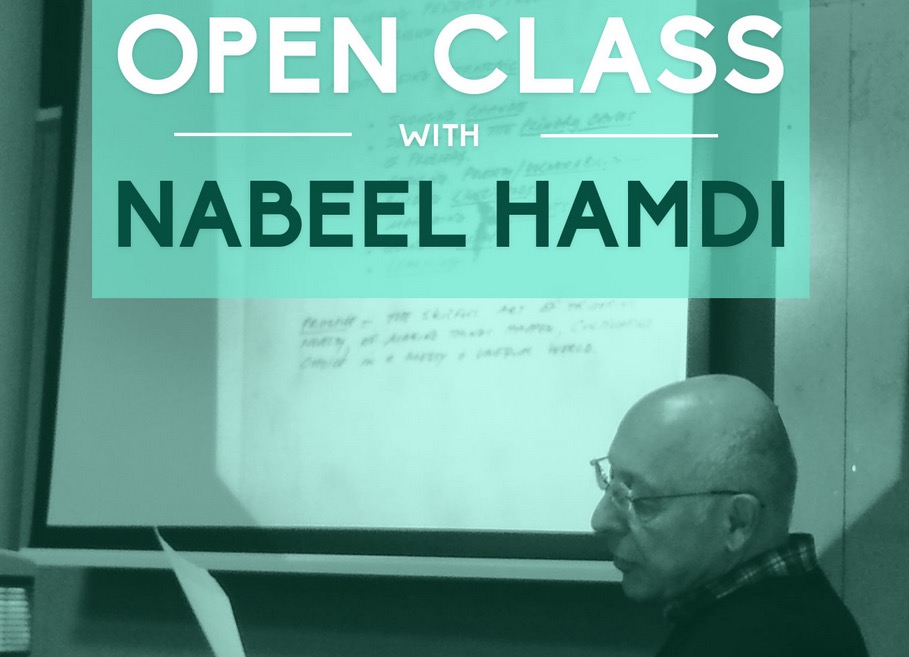 Next week our program welcomes back Oxford Brookes professor Nabeel Hamdi as a member of our visiting faculty to teach this year’s final workshop before our students begin work on their master thesis. For all those who attended the live stream of our info session yesterday looking to enroll in our program, or anyone interested in the field of participatory planning, we’re offering the chance to listen in on a lecture by Nabeel Hamdi via live stream next Tuesday, March 1st, in which he’ll be talking about Partcipation and Governance.

Hamdi is often referred to as one of the pioneers of participatory planning. After obtaining his degree at the Architectural Association in London in 1968, the Afghanistan-born architect worked for the Greater London Council, and his award-winning housing projects established his reputation in participatory design and planning. To learn more about Nabeel Hamdi and his work, read his testimonial on Design Without Borders and check out his most recent book, The Spacemaker’s Guide to Big Change: Design and Improvisation in Development Practice.

Nabeel Hamdi is professor Emeritus of Housing and Urban Development at Oxford Brookes University, where he set up the highly successful Masters in Development Practice in 1992. He is a teaching fellow at The Development Planning Unit, University College London, has been an Arup Fellow at the University of Cape Town and is adjunct professor at the National University of Technology, Trondhiem, Norway. An advocate of small-scale change at grass-roots level, Nabeel has consulted on participatory action planning and upgrading of slums in cities to all major international development agencies, and to NGOs worldwide. He is the author of several landmark publications, including Small Change and Housing without Houses.