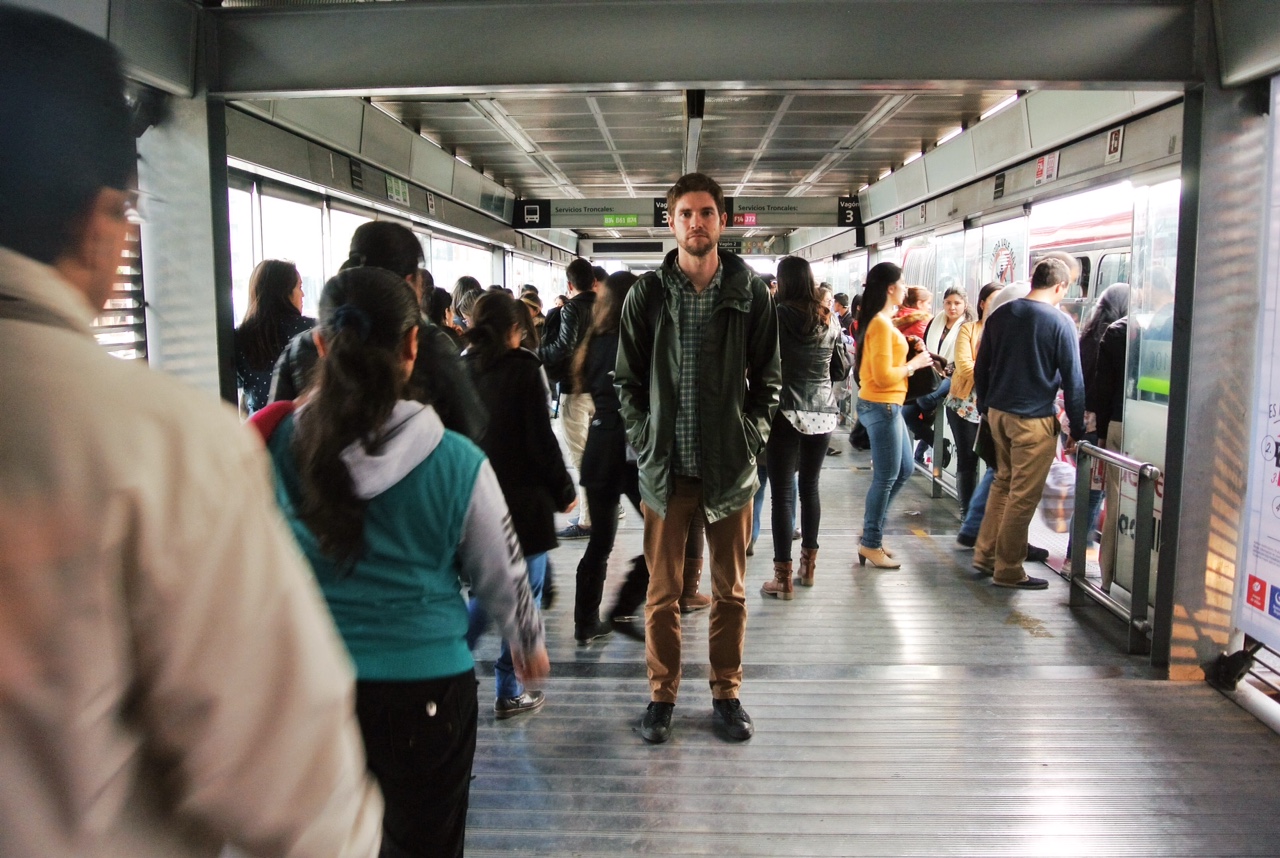 We recently caught up with former student David Kostenwein, a graduate of our 2012-13 class, who is now based in Bogotá implementing Inter-American Development Bank’s Emerging and Sustainable Cities Initiative, after having worked for over a year with UNRWA’s Refugee Camp Improvement Team in Bethlehem, Palestine.

David, what have you been up to since graduating from our program?

After my internship during the master program at the UNRWA (United Nations Relief and Works Agency) headquarters in Amman, I took an offer from the organization to be part of their Camp Improvement Team in Bethlehem, Palestine. I worked there for almost a year, helping to create a Camp Improvement Plan for Ein as-Sultan refugee camp in the Jordan Valley.

Camp Improvement Plans are integral planning tools for refugee camps, creating a spatial and social vision based on an interdisciplinary and participatory planning process. Besides creating the vision of the Camp Improvement Plan that will be applied by UNRWA step by step, we were able to implement some Quick Win projects, like the construction of public furniture, produced and designed with the camp community, or a Bike and Cultural Festival in the camp (see photos).

The Ein as-Sultan camp actually marks a grand exception in the region. There, the question of permanence and temporality is dissolving and can be understood as an important case study for a camp that is, to some extent, normalized. I found the situation of the camp so interesting that it became the subject of my master thesis for my Master of Urban and Regional Planning in Vienna.

How did your internship during our program prepare you for this new role?

The job was an opportunity to work in the field and use the theoretic knowledge I had acquired before in Amman. During my internship there, I was working on urban planning guidelines for Camp Improvement teams in Palestinian refugee camps in Jordan, Syria, Lebanon, Gaza and the West Bank. The guidelines included topics like public space, mobility, infrastructure and basic planning principles. This was a highly academic work with a potentially strong impact on Camp Improvement projects all over the Middle East but with little contact with the situation on the ground.

Palestinian refugee camps are most likely the oldest refugee camps existing for over 60 years. Their unique development and exceptional history make working with them tremendously complex and delicate. Camps in the region are usually extremely dense, informally grown urban structures with a strong refugee identity, intense political discourse and an active social life in the scarcely available public space. They are caught in a paradoxical situation between permanence and temporality. Generally, any improvement of the living condition is controversial, due to the fear of normalization, a threat to the temporary status of the camps that is crucial to the refugee camp’s identity and a guarantee towards the refugees’ right to return to their original villages.

What have you been doing since then?

After the contract ended, I took a job at the Colombian Urban Planning firm Urbanismo y Sistemas in Bogota, Colombia. There I worked in traditional urban development and at the fringe of urbanism and art in Bogota and its surroundings as well as in Brazil at the Sao Paolo Biennale. I also became involved in a project for the Palestinian Ministry of Planning in developing a Spatial Master Plan for Stone Extraction in Palestine.

Today, I am an Associate Program Officer at the Inter-American Development Bank’s Emerging and Sustainable Cities Initiative working with medium-sized cities in Latin America (mostly Colombia). Based in Bogota, I currently help implement the initiatives methodology in the Colombian cities of Valledupar and Villavicencio.

Aside from professional life, something really interesting has grown out of the master: together with fellow students from Mundus Urbano and the UIC, we started the urban experimental magazine called Cities+ that is growing and receiving a lot of attention. We are very proud that we managed to create a project that is rooted in the masters course and that is now continues to grow in the global urban discourse.

What has been your experience working in development so far?

The master program has really shaped my career as it introduced emergency and humanitarian aid to my interests. It is because of the program’s focus on these topics that I became interested in the field of Camp Improvement in the Middle East. The internship at UNRWA was also my entry ticket into international organizations. Now I am working more in development than in emergency but I still feel that the topic of emergency has really had a great impact on the way I work. Working in the context of Colombia can still be seen as dealing with an emergency context as the amount of IDPs is very high and the country is soon entering a post-conflict phase.

What have you found to be the most challenging aspects of your work?

Working in this field was strongly challenging and it was soon clear that any preexisting conception of planning, sustainability had to be questioned in order to understand the reality of the camps. Quickly it became obvious that I was working in one of the most complicated and politically contested regions in the world.

I am still struggling with understanding the realities of Colombia and its huge challenges in urban development but I feel that the years of studying (in Barcelona and before) have given me a set of tools that is really helpful. I also realize that having worked in such different contexts has really widened my understanding of urban development. When I think of myself graduating in Urban Planning in Vienna, it really seems far away, not just in matters of time but also in matters of experience and knowledge.

What advice would you give to our student or anyone interested in a similar career path?

I would recommend being exposed to very different realities and to challenging urban, social and political circumstances. Working with a big institution like UNRWA is sometimes hard but it provided a better understanding of how INGOs work. All in all, this was one of the most interesting and challenging periods of my life.

And a tip to get involved with projects like UNRWAs Camp Improvement Program: Research specific projects and write to the staff involved directly!

Born in Austria, David studied urban and regional planning in Vienna and Brisbane. As an urban planner, he currently works for the Inter-American Development Bank’s Emerging and Sustainable Cities Initiative in Bogota, Colombia. In addition, he is involved in projects at the fringe of urban planning and art,  such as Streetsequencer which translates urban attributes into music. David is co-founder of the urban magazine Cities+, which explores urban issues through a specific theme in every issue.