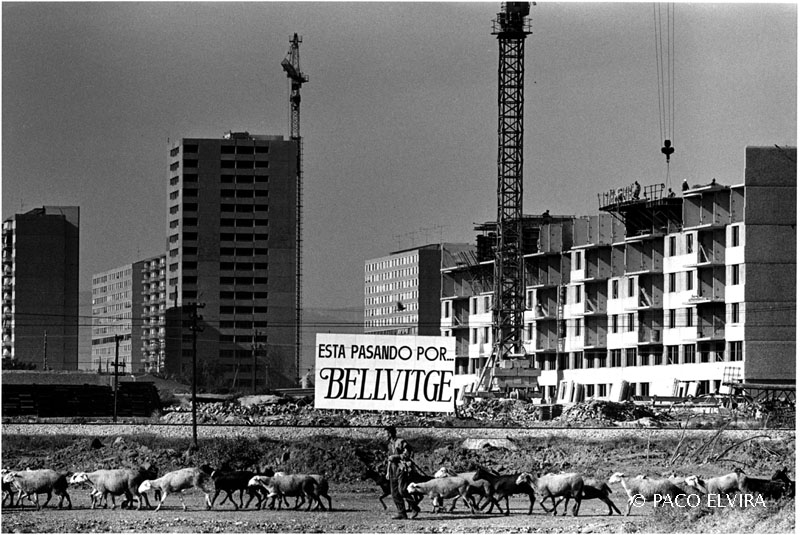 By adminSeptember 9, 2015Blog, Featured
No Comments

This year marks the 50th anniversary of Bellvitge, a working class peripheral neighborhood of Barcelona that became one of the largest residential complexes in Europe when it was constructed in 1964. Characterized by its massive prefabricated apartment blocks built in record time, the neighborhood was populated by the influx of Spanish migrants at the time, who have been largely credited for the area’s remarkable urban transformation over the years by organizing as a strong community and demanding the public services, public squares, and green spaces that the neighborhood initially lacked.

Through photographs, documents and interviews, the unique history of Bellvitge is now compiled in a new book titled Bellvitge 50 anys. Història d’un barri de l’Hospitalet (Bellvitge 50 years. History of a neighborhood of l’Hospitalet) authored by the historian Manuel Domínguez together with our co-director Sandra Bestraten and our professor Emili Hormias, who have become especially close to the neighborhood and its vibrant community through their Bellvitge-based architecture studio.  See an interview with them in this recent video reportage (in Catalán).

The book can was launched last weekend at the start of the neighborhood’s local festivities as part of its 50th anniversary commemoration, in addition to exhibitions, conferences and other activities that will be taking place until September 13th. The book can be purchased at a special price of 10€ on any of these days from 6pm-9pm at the marquee of Plaça de la Cultura, L’Hospitalet.