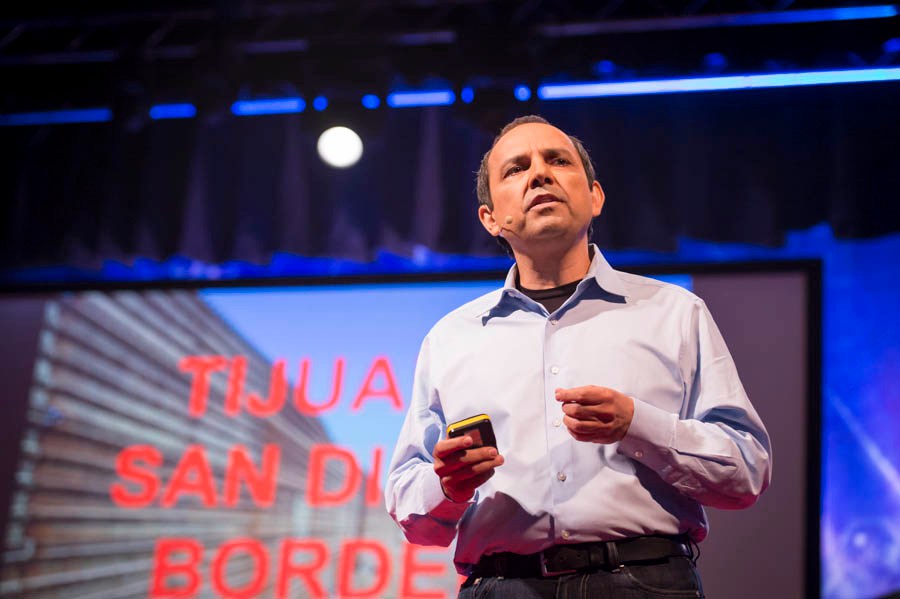 This weekend our students and codirector Carmen Mendoza will take off on their two-week field trip to explore collaborative urban strategies on the Tijuana-San Diego border under the guidance of architect and urban researcher Teddy Cruz. The on-site workshop, which will focus on the transformation of vacant sites into opportunities for spatial inclusion, will be led by our codirector and rely on feedback from Teddy Cruz and Fonna Forman of the UC San Diego’s BLUM Cross-Border Initiative together with Sergio Palleroni and Todd Ferry of Portland State University’s Center for Public Interest Design.

A testing ground for cross-border innovation

The border cities of San Diego and Tijuana comprise the largest bi-national metropolitan region in the world. But while they have roughly equal populations, San Diego has sprawled approximately six times larger than Tijuana over the last decades. How do we reverse regional patterns of urban that have become unsustainable in the context of climate change, and challenge policies and practices that have misallocated our natural, social and financial resources? The radical proximity of wealth and poverty in this border region provides an urgent backdrop against which new collaborative models of equitable economic growth an climate resilience can be developed and tested. Moreover, the region can become a model for developing innovative cross-jurisdictional urban strategies that connect top-down with bottom-up approaches.

Vacant Lots Initiative: Public Space as a Framework for Eco-literacy

The objectives of the workshop tie into those of UC San Diego’s BLUM Cross-Border Initiative that works with communities to transform vacant and neglected parcels in marginalized neighborhoods across the region into civic and educational spaces.

The specific site our students will be working in is Los Laureles Canyon, an informal settlement bordering the Tijuana River Watershed whose precarious living conditions have led to chronic problems of cross-border flows of sediment, trash and hazardous waste. The answers to the marginal community’s profound urban and ecological problems lie in improving the quality of life in the rapidly growing human settlement and generating a cross-border collaboration through which Los Laureles could effectively become the guardian of the local environment and the wildlife reserve.

Stay tuned for updates, photos and conclusions from the San Diego workshop at our Facebook page!

Teddy Cruz was born in Guatemala City. He is a professor of Public Culture and Urbanism in the Visual Arts Department, Director of the Center for Urban Ecologies, and Co-director of the UCSD-Blum Cross-Border Initiative at the University of California, San Diego. Cruz is also the Co-Director of the Civic Innovation Lab for the City of San Diego, California.

Cruz is widely known for his urban research of the Tijuana-San Diego border, advancing border immigrant neighborhoods as sites of cultural production, from which to rethink urban policy, affordable housing and civic infrastructure. His investigation of this geography of conflict has inspired a practice and pedagogy that emerges from the particularities of this bicultural territory and the integration of theoretical research, pedagogy and design production. His practice and research gathers knowledge from across the fields of architecture and urbanism, environmental and social practice, political theory and urban policy, visual arts and public culture, and mediate the interface between top-down institutions and bottom-up socio-economic, cultural and environmental intelligence embedded in communities.