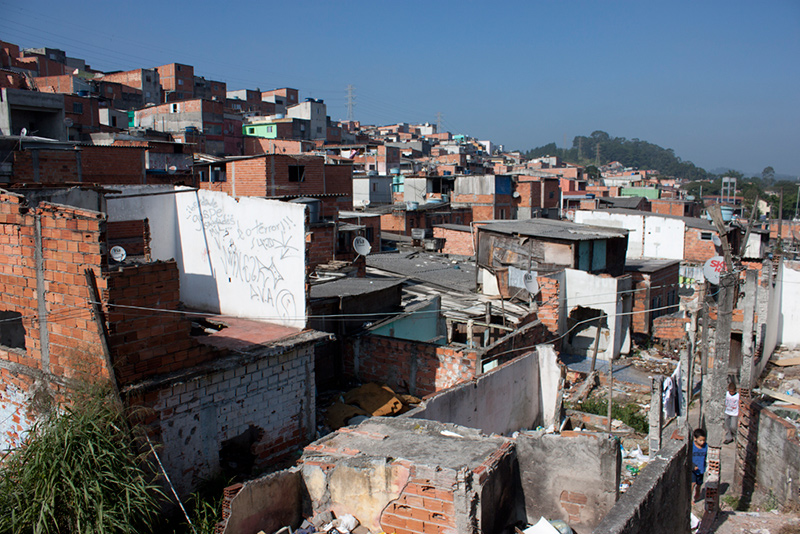 The right to the city: Adequate housing in São Bernardo do Campo, Brazil

Informal settlements are common to most South American cities, but how they are addressed differs based on context, culture and many other factors. Our student Lina Gast explains the case of São Bernanrdo do Campo, where she experienced the implementation of a recent social housing policy first-hand during her internship.

The last century has been crucial for all South American cities. The shift from an agriculture-based economy to one driven by more industrialized systems has caused migrations from rural regions to booming urban centers. High rates of population growth combined with a lack of available resources have resulted in an urban environment wracked by spatial and social segregation.

Slums are common to the cities of South America. How they are dealth with, however, varies considerably depending on the context and culture. So, here I am, all the way in São Bernardo do Campo, Brazil where as an an intern I hope to learn how the local government here approaches the issue of slums. São Bernardo is a municipality with 765.263 inhabitants (2010), located within the Metropolitan Area of São Paulo. Its total area is 406,18km2, yet only 118 km2 are urbanized: 66% of the total area is under environmental protection, subject to legal restrictions regarding the use and occupation of land. In São Bernardo, 35% of  housing units are situated in irregular and precarious settlements, which means that over one third of the population is in a vulnerable situation.

What I have encountered here was beyond my expectations. Before 2009, the municipality of São Bernardo had no housing policy, neither the information required to create an overview of the city’s housing problems. There was no updated information about the potential risks related to housing issues, nor the capacity to react in case of an emergency.  It is only until the year 2010 that municipality underwent fundamental change, and was able to create a local housing policy. The local plan for social housing – PLHIS[1] 2010-2025 of São Bernardo – was created based on the right to a dignified home [moradia digna], and aims to secure basic needs related to housing conditions, infrastructure, environmental sanitation, mobility and access to urban and social services. Executing the plan involves including neglected sectors of society through projects such as public spaces, infrastructure and new housing units that create better quality of life in urban areas.

Because of the informal origin of the settlement, all the basic public and social services are insufficient or non-existent

Due to the lack of information regarding the real housing situation, the first step in order to develop the local housing policy was to map out all the different urban settlements in the municipality. Mapping the territory enabled the SEHAB – Housing Department of São Bernardo- to categorize all the existing settlements, taking into consideration their physical and environmental aspects, tenure issues and socio-economic factors. In order to plan the interventions, SEHAB used the gathered information to organize all the informal settlements into seven different typologies according to common problems.

In light of their precarious situation, the SEHAB focused on the development of housing projects for the most vulnerable population (settlement typologies 4 and 5). The aim is to assure access to a “dignified home” in regularized urban land, with secure land tenure and access to all basic public services (public transportation, water, sewage, electricity) as well basic social services (education, health, security, culture, leisure and recreation).

Due to informal urbanization, issues related to sewage and mobility are some of the difficulties faced while intervening in slums

Although many neighborhoods can be significantly improved, SEHAB’s priority is to respond first to risk-prone situations and profound precarious conditions

Along with the production of new housing units, the conditions of the settlements are improved by providing a larger proportion of inhabitants with basic public and social services.

I was fortunate to arrive at the SEHAB at the ‘right’ moment. The implementation of the new housing policy began in 2010, making it it is possible to see all the phases of the project being executed.

Priority is assigned according to vulnerability. The high risk areas (Typology 5) demanded the relocation of all the inhabitants, which in turn created the need for new housing there and in other areas for relocation. The irregular settlements home to vulnerable populations that demand complex interventions (Typology 4) are being developed through programs of integrated urbanization of precarious settlements. Within these projects, the population removed is relocated to new housing areas inside the settlement where general conditions and access to services is improved. Regularization of the land tenure is also part of the process. All the re-locations are discussed with the population, and questions and opinions are taken into consideration. The SEHAB only tackles the housing issue (in terms of a dignified home) and even though the problem is narrowed down to the housing units there is a multidisciplinary team of social workers, architects and engineers working with the affected population in all phases of the projects.

The last century has proven a pivotal stage for all South American cities. Policies and projects related to the improvement of livelihood conditions of the urban poor are emerging all over the continent, and São Bernardo is just one example of how these issues can be tackled by local governments through a multidisciplinary and inclusive approach.

[1] São Bernardo has a system of social housing information – SIHIBS – where all the information regarding the local plan, projects and evaluation can be accessed: http://sihisb.saobernardo.sp.gov.br/sihisb/index2.jsp
All photos © Lina Gast