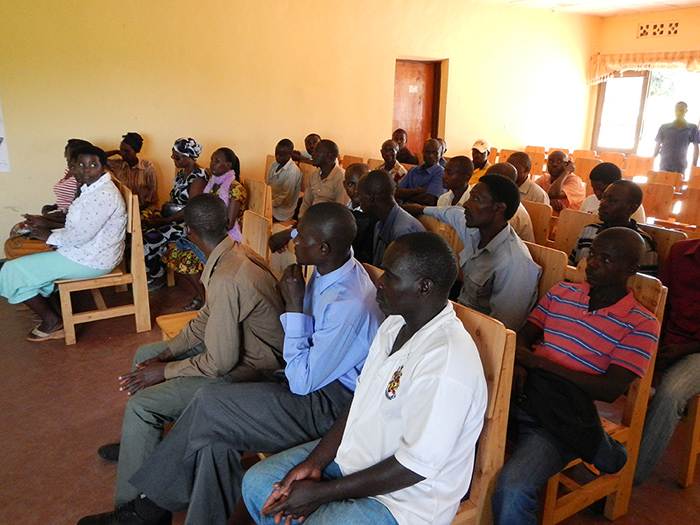 Beyond Participation in Rwanda: When volunteering is mandatory

Community participation is at the core of sustainable development. But what happens when participation is mandatory? Our student Kimberly Pelkofsky, currently interning with ASA studio in Kigali, contemplates the case of Rwanda, and the implications of such a measure on development projects.

Rwanda is a striking country known for its hills, mountain gorillas and unfortunately, a horrific genocide. If you try to picture the unfathomable chaos that transpired during three months in 1994 upon arrival to the country, the order that exists today seems even harder to believe. Here in the capital of Kigali, which feels more like a sleepy town than a city of 1 million inhabitants growing at an annual rate of 4%, the order results from strict government measures. Thanks to a countrywide ban on plastic bags, the streets are incredibly clean and litter-free. A law that forbids walking on the grass keeps the beautifully manicured parks and gardens on roundabouts and hillsides pristine, though it doesn’t do much for the enjoyment of green public spaces. But perhaps the most striking example of order can be witnessed on the last Saturday of every month from 8am-11am, when every able-bodied person aged 18-65 can be seen participating in umuganda– Rwanda’s mandatory community service.

Umuganda existed in a certain form before colonization as a way of paying tribute to tribal chiefs, when time was considered a valuable offering. The tradition was maintained during both the German and Belgian occupations, and after independence, the practice was reinforced to promote Rwandan identity and resiliency. As a highly efficient means of organizing people and spreading messages, umuganda easily evolved into a tool for advancing the genocide. “Community service” took on a dark meaning, so when peace came, the new administration had a difficult task of shaping umuganda into its current definition: a reconstruction project with the lofty goal of building a new Rwanda, free from ethnic division, by promoting reconciliation and togetherness through community projects.

In meticulously organized Rwanda—where individuals are grouped into households, households into villages, villages into cells, cells into sectors, sectors into districts, districts into provinces, and provinces into a country with elected officials at every interval along the way—structure is a familiar reality of which community service forms only a small part. By contrast, Rwanda’s neighbor the Democratic Republic of Congo (DRC), similarly wracked by conflict and civil war, has no such culturally ingrained practice of civic participation. Now embarked on what is being billed as the largest development project in Africa which uses community-driven infrastructure projects—water points, latrines, schools, health centers—to promote governance, the DRC must spend a great deal of energy to organize disparate groups of people, engage their support, and alert people to their rights and the role the government plays in their daily lives.

During my internship with ASA Studio as community engagement coordinator, I was recently an umuganda participant on the site of a nursery school to be built in peri-urban Kigali, where I was able to witness the range of enthusiasm for the activity. Some were eager to work, laughing and talking while cutting down shrubs or clearing a path, while others took frequent breaks to stare off into the distance—no doubt thinking about taking refuge in the shade that did not exist on site. At the meeting afterwards, while some were attentive, asking questions and contributing to the conversation, others fiddled with blades of grass during the various speeches.

I realized that the scene resembled almost identically that of an earlier meeting in which our team presented the final design proposal that had resulted from a collaboration with the community. As I stood in front of the room that day, I scanned the crowd. Many people were present but some clearly had their minds in another place.

Which brings me to contemplate: After nearly 20 years of ritualized and mandatory participation, is it possible that many Rwanda participate out of fear of getting into trouble if they do not? Speaking with my colleagues, we discussed this point at length. It is difficult, if not impossible, to know what motivates every individual. Some may be guided by a genuine desire to better the community, others by personal gain, and still others by obligation. When working in foreign contexts with cultures and histories vastly different from our own, it is especially important to be aware of these factors. Even more important is our capacity as facilitators to adjust the engagement process according to these factors in order to maximize inclusivity and realize a project that the community proudly calls their own.