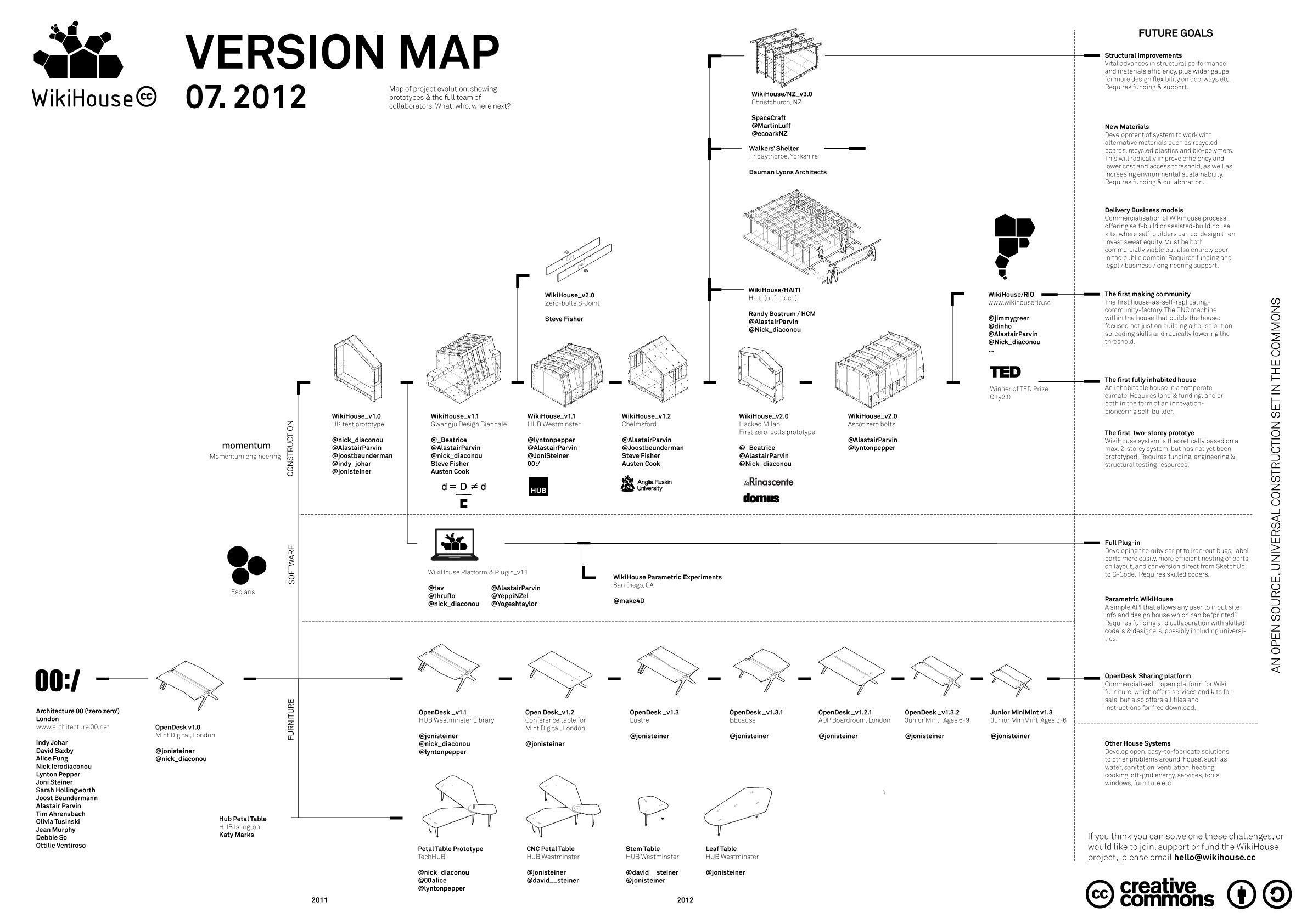 The WikiHouse: Housing for the 100 percent?

In one of this year’s most popular TED talks, British architect Alastair Parvin proposes a system for making architecture accessible to 100 percent of the population. What if, instead of architects creating buildings for those who can afford to commission them, regular citizens could design and build their own houses? Parvin’s WikiHouse project aims to make this possible through an open source construction kit that allows anyone (with a internet connection and access to a 3D printer) to print and build their own home.

Building on the Maker Movement and its implications for the democratization of production, the WikiHouse, you could say, is an architectural version of Marcin Jakubowski’s Global Village Construction Set. Once you download the model of your choice from the open-source platform, you “print” it onto plywood with a CNC cutting machine and assemble a house from what looks like “a really big IKEA kit.”

Parvin makes some very valid points. Architecture’s business model is not only outdated, it doesn’t make good business sense. Architects have to find a way of expanding their client base from the world’s richest 1% to everyone. But how does WikiHouse enable this shift within the architecture profession?

Parvin also points out that today’s fastest growing cities are no longer skyscraper cities, but rather, self-made cities. In other words, informal settlements. Globally one in six people live in slums, and at the current rate of growth, UN-Habitat predicts that by 2030, that figure could well jump to one in every three. If WikiHouse intends to serve that other 99%, we must keep in mind that most of that population has little or poor access to the internet, let alone to 3D printing technology.

Perhaps the most interesting aspect of Parvin’s “architecture for the people by the people” is the idea of bringing back vernacular architecture. According to him, “the only difference between traditional vernacular architecture and open-source architecture, might be a web connection.” But is it? Actually the differences are many, and they are pivotal. Vernacular architecture arises from localized needs and available construction materials and evolves over time to reflect the environmental, cultural, technological, and historical context in which it exists. It works because it has been tried and tested over time and responds in every way to its context. Although the WikiHouse supports non-standardized housing models, it is currently limited to the use of plywood and a specific jointing system that could or could not be appropriate for certain locations, climates and risk-prone areas.

How can a such a high-tech dependent system serve the needs of the world’s poor and factor in the context-based nuances that ultimately define its sustainability? While the idea of democratizing architecture delivers an exciting prospect of revolutionizing how architecture is produced, we are still yet to see how it could counteract the consequences of rapid urbanization and climate change for most of the world’s population. Perhaps WikiHouse, as Parvin says, is simply “one small answer to a very big problem.” In fact, we’ll need many more.