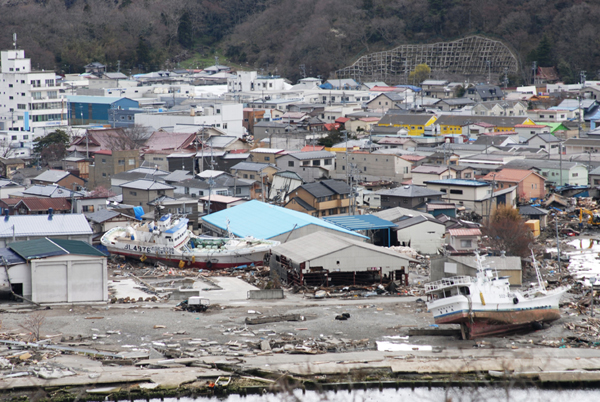 By adminJanuary 10, 2012Blog, NewsBites
No Comments

Following our open conference Rebuilding Japan: Lessons in architectural response held in December, Spain’s leading newspaper El País covered the event in this article, laying out the main points delivered by the three guest professors of our masters program, who presented their experience with disaster reconstruction and development covering the  last three major earthquakes in Japan. Read the original article in Spanish, Arquitectura para la supervivencia, or read on for a quick overview of the main points translated into English here:

…The most veteran of the three, Ikuo Kobayashi, urban planning professor at Kobe University, lived through the earthquake that devasted this city in 1995, considered to this day the worst earthquake in the history of Japan. “Seventeen years have passed and reconstruction is not yet complete”, he points out . Kobayashi assured that the first 10 hours after a casastrophe are decisive. “In Kobe the major destruction was caused by fire, just as last March it was water. We are prepared for large earthquakes, but not for the collateral effects that are often unprecedented and worse than the earthquake itself.” Kobayashi also debunked the common notion that lowrise buildings are safer than skyscrapers. “The opposite can also be true, it depends on how they are built”.

Masahiro Sawada, professor at the Nagaoka Institute of Design, illustrated one of the common situations that take place in rural areas of Japan after a natural disaster: the dichotomy between those who support reconstruction and those who prefer to leave. Sawada used the example of the towns of Yamakoshi and Ojiya which suffered a strong earthquake in 2004. The professor has designed a prototype of low-cost, sustainable house (12million Japanese yen, a little over 100.000 euros) that integrates with the mountainous landscape.

Norio Maki of the Centre for Disaster Reduction Systems of Kyoto University traced the series of events that took place during the first hour after the tsunami, identifying the flaws that caused many deaths. “The alarm warning came very quickly, within four minutes. Nevertheless, in some cases we were victims of our own security. No one expected such a large wave and many believed that the retaining walls would stand up to it, so there were some places, even a school, that could have been evacuated but weren’t”.

A warm thank you to Roberta Bosco El País for attending and covering the event!