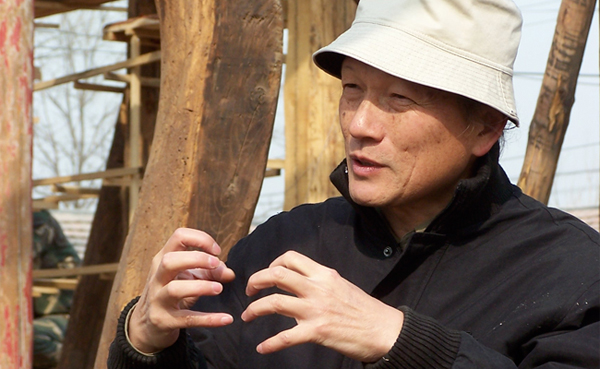 The Curry Stone Foundation has awarded this year’s $100,000 prize to Taiwanese architect Hsieh Ying-Chun, who for over a decade has worked in rural areas affected by natural disaster. Hsieh works throughout Asia after catastrophes like the 2008 Sichuan earthquake, the 1999 Nantou earthquake, and the 2009 Morakot typhoon in Taiwan training villagers to build ecological and locally appropriate dwellings. As he told Archrecord, collaborative, community-based construction is key to his creations, noting that construction methods must be simple enough for untrained laborers and that the construction process “can help address the common issue of unemployment in disaster areas,” in addition to strengthening relationships among villagers and reinforcing a sense of community.

We found a great series of videos documenting Ying-Chun’s work on site, in which he talks in detail about how the houses are built and most importantly, his method of cooperating with local communities.

In this video documenting the Earth House 003 project in rural China, Ying-Chun explains how he works with local cooperatives to promote rebuilding initiatives:

A two-part documentary on the Sichuan earthquake reconstruction:

A report from CNTV covering Ying-Chun’s completed homes for a resettled community three years after the 2008 Sichuan earthquake:

For more info about Hsieh Ying-Chun, visit his Wikipage