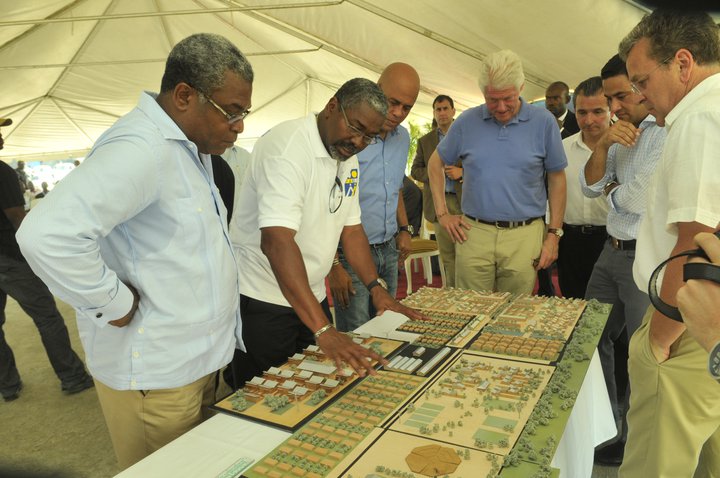 By adminJuly 27, 2011Blog, NewsBites
No Comments

Though there doesn’t seem to be much on-the-ground coverage from Haiti’s Building Back Better Communities Expo that took place last week and which we covered in our last post, we did come across several follow-up articles at Defend Haiti that report a new development announced at the event.

Having noted that “a point of criticism for the Interim Haiti Recovery Commission (IHRC), BBBC housing plan was ownership, which is at the root of developing a community and its local economy,” DH reports that the Director of the Exemplar Community Development Foundation, Maryse Pénette-Kedar revealed to the editors that “options r [sic] ownership as part of the foundation’s goal for long term viability in Haiti.”

The foundation board, also occupied by Harvard and MIT, is developing a micro-mortgage mechanism to support home ownership for Haitians of all income levels.

This came after news that the government of Haiti and the nation’s banks were to introduce a home ownership program (Haiti’s first public mortgage program) called Kay Pa’m, which “seeks to provide housing to a larger portion of the population based on providing access to loans for obtaining land, building materials and labor. Kay Pa’m also provides loans for repairing damaged homes and improving current ones.” The only problem is that these mortgages are only available to Haitians with proof of employment, which amounts to no more than 25% of the population…not quite a “larger portion.”

As for the housing expo, DH reminds us in the previous article that “the IHRC’s plan, Building Back Better Communities has suffered criticism in that home ownership is not made a priority and the uniformity of the housing units threaten property values. Largely most would agree that the BBBC plan does very little for improving the Haitian economy.”

That is where, presumably, the Exemplar Foundation comes in, along with the Kay Pa’am initiative.

– Just 352 million dollars have been delivered to the Haiti Reconstruction Fund to date, with 237 million of that sum disbursed for 14 reconstruction projects, according to the fund’s first annual report released on Jul. 22.

– At least 600,000 people still live in tent camps, and more than 5,500 have died from the cholera epidemic that broke out last October.

Read through the linked articles and related articles within for extended information.